Few workout moves are more notorious than burpees—and for good reason! The full-body move torches calories, builds strength, and has you gasping for air from start to finish. As brutal as burpees may be, though, you’re sure to feel like a rock star after busting out a bunch in a row.

Though I’m no stranger to burpees, I knew I could step up my game—so I decided to test my skills every day for a month.

A regular attendee of HIIT workout classes (usually a few per week), I had done my fair share of burpees. However, I usually skipped the pushup part of the move, popping back up after I hit plank position. 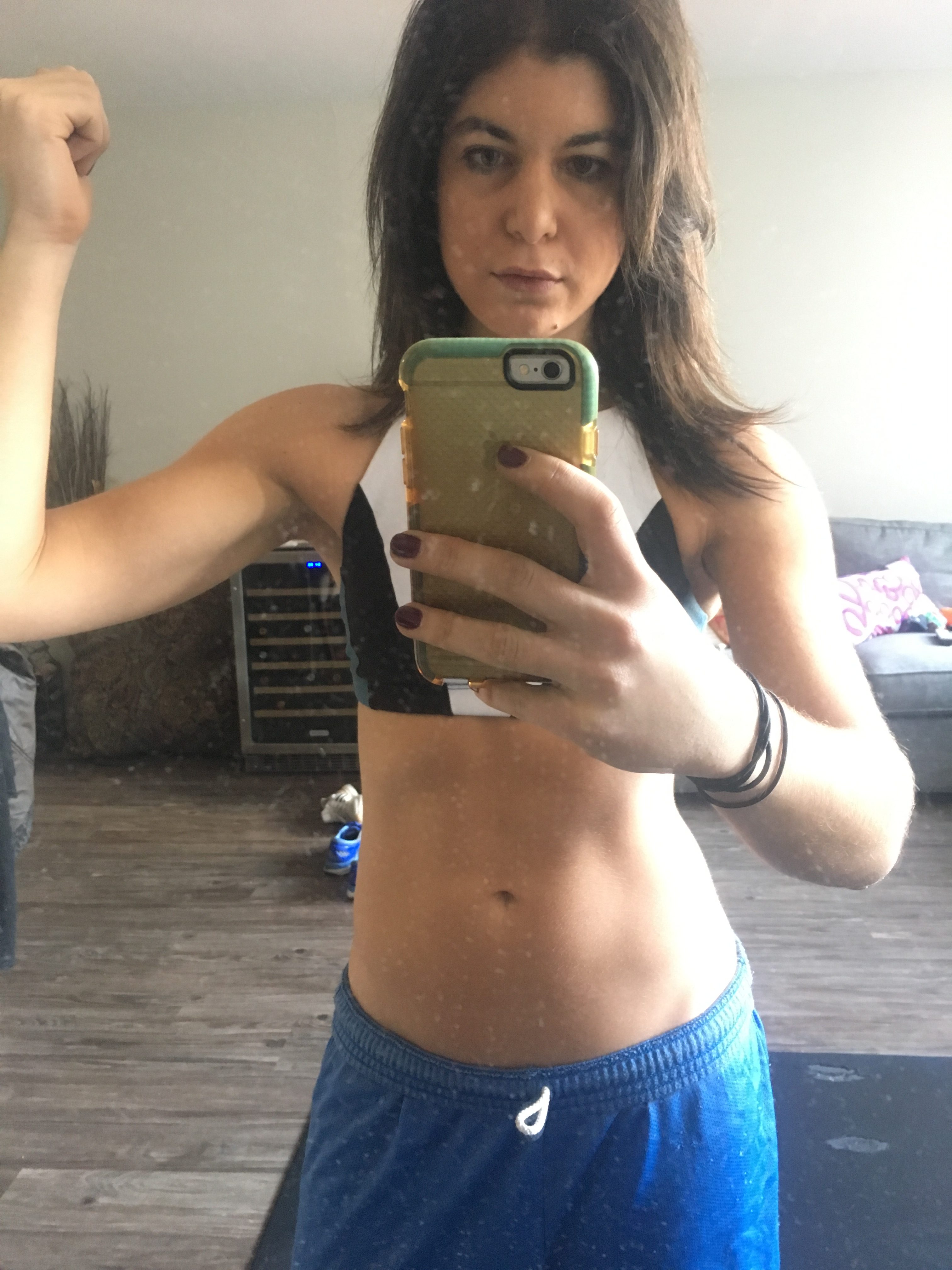 My HIIT classes are tough—and when we’re churning out 10-plus burpees at a time, my form falls apart. Plus, burpees are intimidating! Sticking to the pushup-free version just felt safer.

In the name of being a fitness beast, I wanted to test how many chest-to-the-ground burpees I could do in a row while maintaining good form. It would be a test of both physical and mental strength; one that would hopefully help me crush my future HIIT classes.

I’d still keep up with my usual HIIT classes, but I was eager to see how the extra burpees would move the needle. I planned to bang out my daily set around lunchtime.

And so it began! On my first day of the burpee challenge, I got through 18 burpees in a row.

After the first few days, my body felt a bit worn out from the uptick in activity. I felt a twinge of dread; this was going to be a long month. I had to fight the temptation to bail.

Despite my fatigue, though, the number of burpees I could do slowly crept up as the days passed. However, as that number grew, so did the anticipation I felt before each daily set (especially on cold, rainy Chicago days). The growing challenge scared me a bit—but I always managed to power through.

By the end of week one, I reached a full 22 burpees—and was pleased with myself for starting off strong. I knew once I broke through my mental block, I could churn out more impressive numbers in the coming weeks.

As I headed into my second week of burpees, I felt motivated to get out of my comfort zone and work. 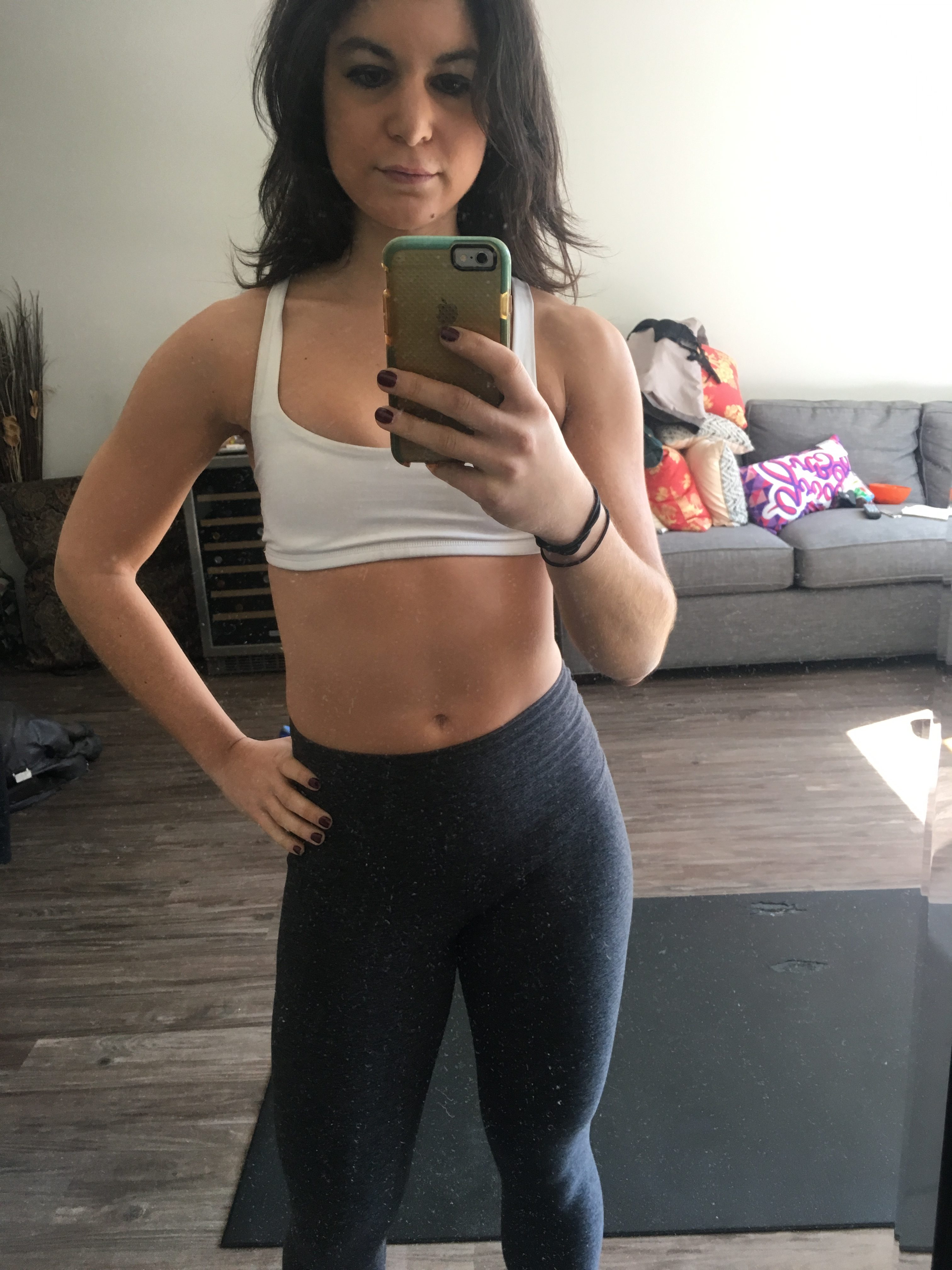 Though my energy levels stabilized, an extra-busy work week and seriously sore muscles contributed to some sub-par performances around mid-week. I took a day off of my usual HIIT class to recover.

Since my progress continued in the right general direction, I didn’t worry about it much. By the end of the second week, I was back. I felt notably stronger and more capable—and knowing what I’d already accomplished only motivated me further!

Though I enjoyed seeing my burpee progress, the monotony of my new daily routine began to mess with my head and I felt anxious.

On Thursday, though, I finally broke 30, hitting 32 burpees. I went from anxious to awesome!

My arms and core felt so much stronger by this point, and though my abs were almost constantly sore, they definitely looked more defined.

Plus, I found I really enjoyed squeezing in a midday sweat. After my burpees, my digestion seemed zippier and I headed into an afternoon of work with renewed energy. I also noticed a significant uptick in my mood, powered by endorphins and the knowledge that I was conquering a goal.

My motivation reignited, I was now convinced I could hit 40 by the end of the month.

Honestly, when I hit week four, I felt slightly relieved that the end was near—but I also felt accomplished and motivated by all the progress I’d already made. 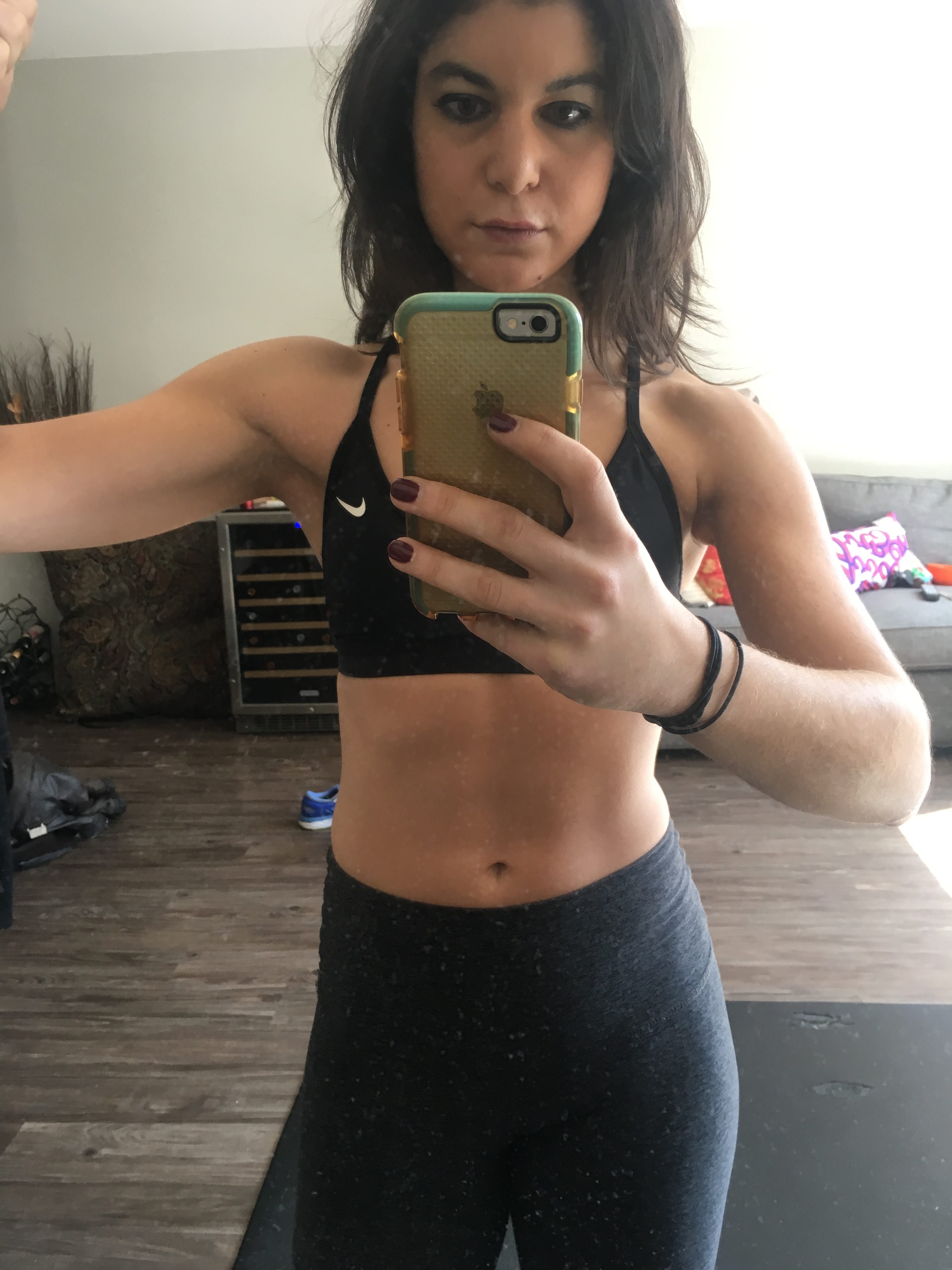 This week, not only did I switch to full chest-down burpees in my HIIT classes, but I also reached an impressive 40 burpees in a row at home.

Though I could have tried to push even beyond that, I decided to focus on hitting 40 burpees every day of the week. I wanted to train my endurance so I could reliably hit the 40 mark later on. I couldn’t believe how easy those last 10 burpees felt by the end of the week.

What Burpees Taught Me

In addition to improving my fitness and making me feel strong and athletic, my burpee challenge also developed my mental strength and shattered the limitations I’d previously put on myself.

So often, we assume we can’t do certain things, or get stuck in our comfort zone, but I learned that pushing past these obstacles is a huge game-changer.

Though focusing on something I considered a weakness felt uncomfortable (and seriously checked my ego) at first, I’m really glad I did it. I feel incredibly empowered after challenging myself and accomplishing a new goal.

Now, I know I can truly do whatever I put my mind to—fitness-related or not! I can’t wait to show off my full, chest-to-the-ground burpees in HIIT class from here on out.