If you know me, you know I have a ‘fever’—and the only prescription is more caffeine.

I consider myself generally healthy: I bust my tush at the gym five or six days a week, I meal prep on the weekend to keep my calories in check, and I don’t booze nearly as much as I did back in the day.

But I have this caffeine habit. People at work know me as the guy who consistently and constantly has an energy drink in hand. I love getting my morning fix with a nice can of Bang. And then there’s my early afternoon pick-me-up with a refreshing can of SPIKE. And then there’s some late-afternoon pre-workout so I can crush it in the gym. So, yeah, that’s a lot of caffeine.

If you don’t have your calculator out, I’ll do the math for you: All of this comes out to about one gram of caffeine a day. That’s like ten cups of coffee or twelve small Red Bulls. (I know, crazy.) I’ve been crushing energy drinks and preworkouts for so long that I’m no longer sure whether or not my ‘always ready to rock and roll’ personality is natural or caffeine-induced. All I know is I feel good all day long.

My hardcore caffeinating started back in college because of a combination of two things: working out and late nights studying. I’d knock back a preworkout before hitting the gym and grab an energy drink to help me get through all-nighters. From there, it was a slippery slope to my daily gram of caffeine.

I never thought it would catch up with me—despite what I’d read online about the dangers of going caffeine crazy (like the fact that too much caffeine could lead to insomnia, nervousness, and irritability, or this study that found that people who drank more than eight cups of coffee a day were twice as likely to commit suicide).

After years of caffeinating heavily, though, the negative effects have started to rock me. I can count on one hand the number of nights of uninterrupted sleep I’ve gotten throughout these past few years; I’m lucky if I get five decent-ish hours. At one point I even started taking sleep aids at night—just so I could boost myself back up with caffeine in the morning. It was a vicious cycle.

I remember getting home from the gym one night (after crushing a chest workout) and still feeling so wired that I actually put some liquid cherry sleep aid in my chocolate protein shake. Chocolate-covered cherry! Great flavor, frightening idea.

The next morning, I finally realized that I was in dangerous territory. I’d told a few friends about my concoction—and they were not impressed with my creativity. They were worried. At first, I was put off by the “Bro, what are you doing?” and similar comments—but slowly I began to realize how unhealthy my habits had become.

Coincidently, not long after, one of my co-workers challenged me to give up caffeine cold-turkey for one whole week. I was the perfect guinea pig—not only because I was loaded up on the stuff, but because I had realized that I really needed to get my act together.

So that night I downed two cans of Bang (as a way of saying, “goodbye, caffeine!”) and mentally prepared myself for my seven-day caffeine-less adventure.

The First Couple Of Days…

On day one of my caffeine-free life I woke up groggy, as per usual. After a few minutes at my desk—at which point I’ve usually had my morning Bang—I was hit with absolute lethargy. I was just sitting there, staring blankly at my computer screen, trying to keep my eyelids from closing. If I had let my eyes close for more than a second, I would have definitely fallen asleep.

Which is exactly what happened the following day. I closed my eyes for a second too long—and opened them 10 minutes later. 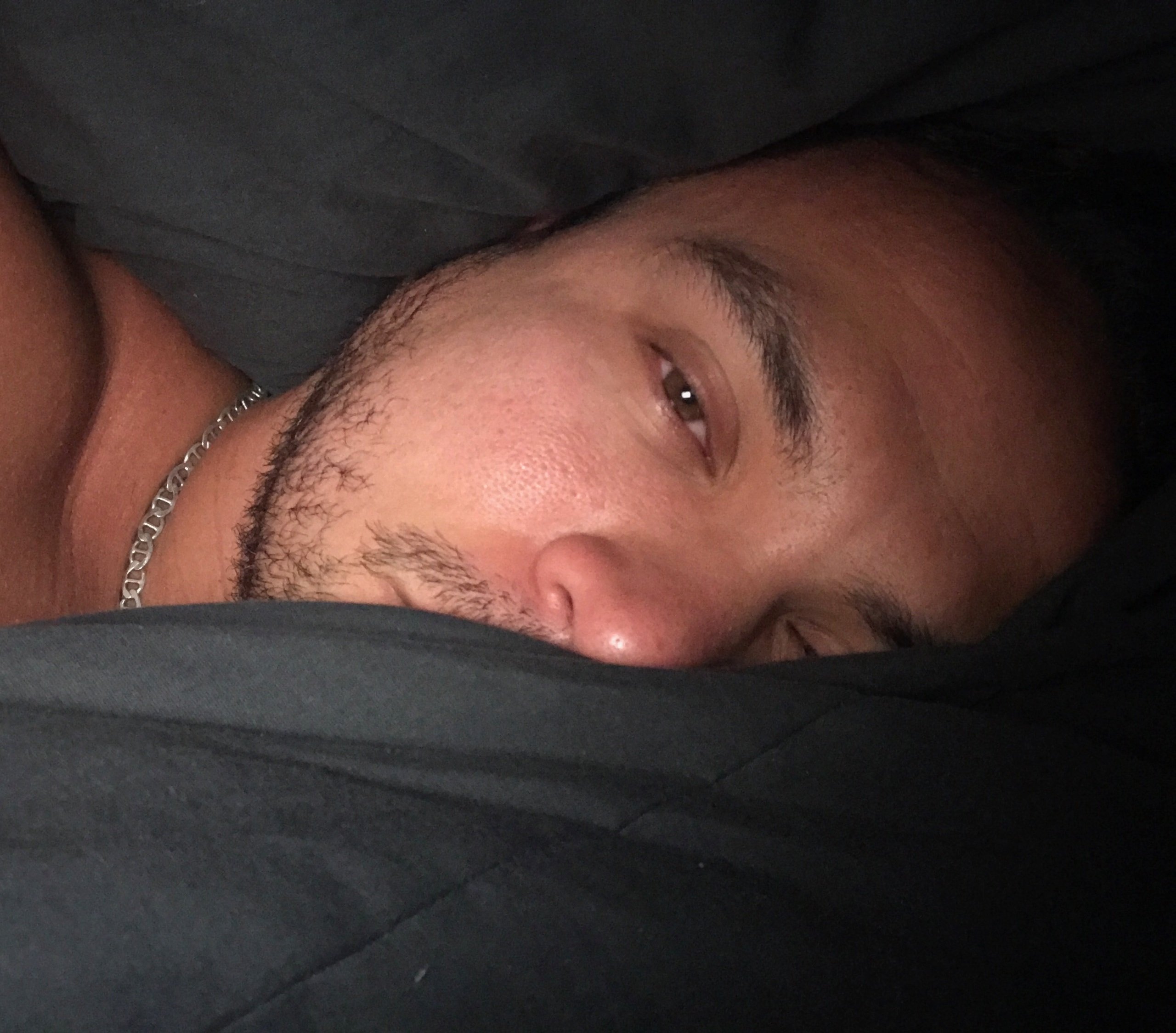 By the afternoon my energy finally started to kick up, but I felt very irritable. (It probably didn’t help that I had about a dozen of old energy drinks at my desk staring into my soul.) I made a pretty unhealthy (but caffeine-free!) decision, and bought a 12-pack of decaf diet soda. I flipped my energy drinks the bird—and hid them from view in a drawer.

Related: Why Do Some People Sweat More Than Others?

My energy level dipped down again on the 40-minute drive home from work, but I still had enough mental and physical juice left to get myself to the gym. The mental grind was real. My workouts seemed to drag on and on and I was tempted to just go through the motions of my routine and then get out of there. But I pushed myself through with a little help from a solid playlist, and I actually ended up sweating more than usual. Like, dripping. Was my body struggling that much more to get me through my usual routine?

After the first few days, I didn’t feel like as much of a zombie in the mornings. No more dozing off at my desk! (And good thing, because sleeping at your desk is probably a fire-able offence.)

My newfound A.M. energy was probably a result of the AMAZING sleep I was getting. As the week went on, I continued to crash hard when I got home from the gym. I didn’t need a single sleep aid. Instead of waking up and staring at the ceiling at around 2:00 a.m., I was out cold the entire night. I’m talking seven hours of uninterrupted sleep.

Around mid-week, my workouts also began to pick up. My focus and intensity were back at (or at least close to) the level I was used to. And I still sweat buckets.

One thing I really wasn’t anticipating when I kicked the caffeine: I started craving fast food and ice cream. (Not that I don’t always want both of these things, but these cravings were wicked.) I almost hit the drive-thru for a burger with three patties and cheese, please, a few times. So I turned to my other bubbly beverage or sucked on a sour mint to distract myself. I started to wonder if I just really loved the flavor of my energy drinks. Perhaps I just craved something yummy, like my favorite blue razz or cotton candy drinks.

I thought I’d be in bad shape by the end of the week, but I never really craved caffeine itself as much as I thought I would. The withdrawal headache I had mentally prepared for never actually came and I certainly wasn’t mad about it!

The last few day, my weird food cravings faded. And knowing the finish line was close, I started to feel pretty dang proud of myself. I would definitely finish this experiment stronger than when I began. My productivity at work and intensity in the gym slowly shifted back to normal. I didn’t want to nap before lunch. I wasn’t tempted to half-a** a workout. I felt like my usual self—just without the caffeine. 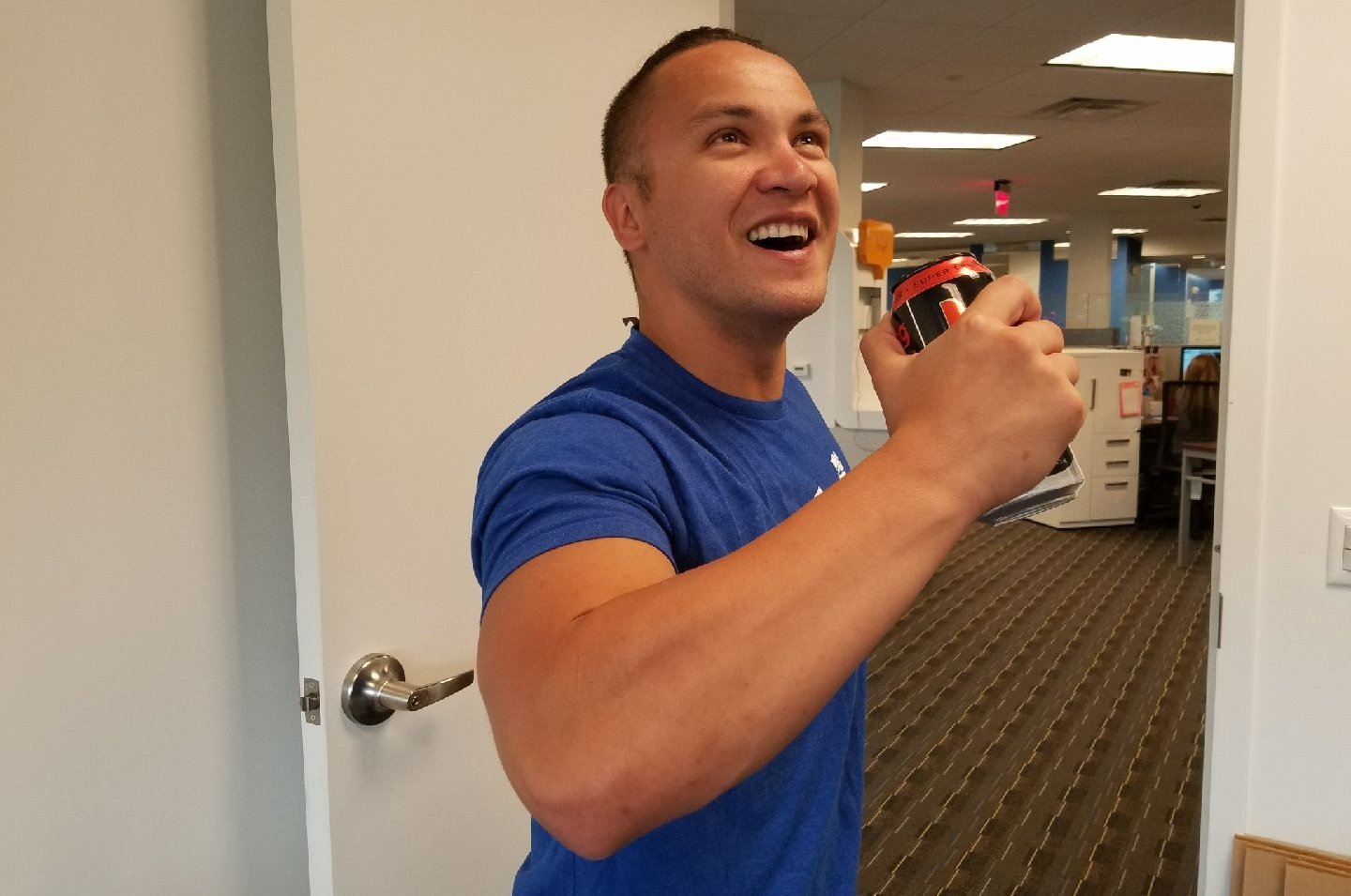 Since finishing my little caffeine-free experiment, I’ve kept my total intake at about 350 milligrams a day. Occasionally I’ll get up to 500 milligrams, but I haven’t come close to the full gram I used to down. As I started to suspect during my caffeine-free week, I think I crave bubbles more than caffeine itself.

I haven’t even considered taking a sleep aid since my cold-turkey week, and it feels great to actually wake up well-rested.

I don’t think I’ll completely cut out caffeine any time soon (I just love that cotton candy Bang too much), but now I know I can do it—and that feels pretty damn good.