In my late teens to early twenties, I suffered from anorexia nervosa. At some point in my mid-twenties, I’d had enough of battling myself and my desire to control my food intake, and forced myself to recover on my own. Success was not linear, and it took a long time to get to the point where I felt okay with my body.

Some years later, I got married. And just this past year, at 30-years-old, I became pregnant with my first child.

At first, the pregnancy felt freeing. I was excited to gain weight for the first time in my life. But during the first trimester I was racked with nausea every morning and ate whatever I could muster to make myself feel better—and those foods were mostly carbs.

Around 28 weeks, I was diagnosed with gestational diabetes—in which the body doesn’t make enough insulin in the presence of insulin resistance during pregnancy. It’s standard for every pregnant woman to have a gestational diabetes screening around this time, and I had failed the test.

I hadn’t actually tracked my food intake since my early eating disorder days. I worried that it could trigger some of my old issues, but mostly I felt that I had a handle on it.

With gestational diabetes, you have to tightly control your carbohydrate intake, or it could create complications in pregnancy, such as pre-eclampsia, a potentially dangerous pregnancy complication marked by high blood pressure. So, I began the process of cutting my carbohydrate intake and carefully tracking any starchy foods that I ate in order to keep my blood glucose levels in an optimal range. (Foods that contain carbs usually cause blood glucose levels to rise.)

On top of using a glucometer, which determines the approximate concentration of glucose in the blood, I thought tracking my food on MyFitnessPal might help me keep my diet on track and my carbohydrate intake balanced. I hadn’t actually tracked my food intake since my early eating disorder days, and while I worried that it could trigger some of my old issues, mostly I felt that I had a handle on it and it would be alright.

At first, it was hard. It seemed that anything starchy caused my blood glucose levels to skyrocket, even when I ate these foods with slow-burning proteins (which were supposed to help prevent that from happening). But even foods like beans and sweet potatoes were problematic for me.

Back in my eating disorder days, I used to classify food as “safe” or “unsafe,” and this list usually included sugary foods (“unsafe”) and low-sugar foods (“safe”). So as I tracked my intake, I started feeling the safe-unsafe binary pop up again and I even began to feel guilty if I had so much as a piece of fruit that wasn’t considered low in sugar. I longed for mangos, pineapples, and bananas, but I was stuck eating cucumbers, tomatoes, and carrots. 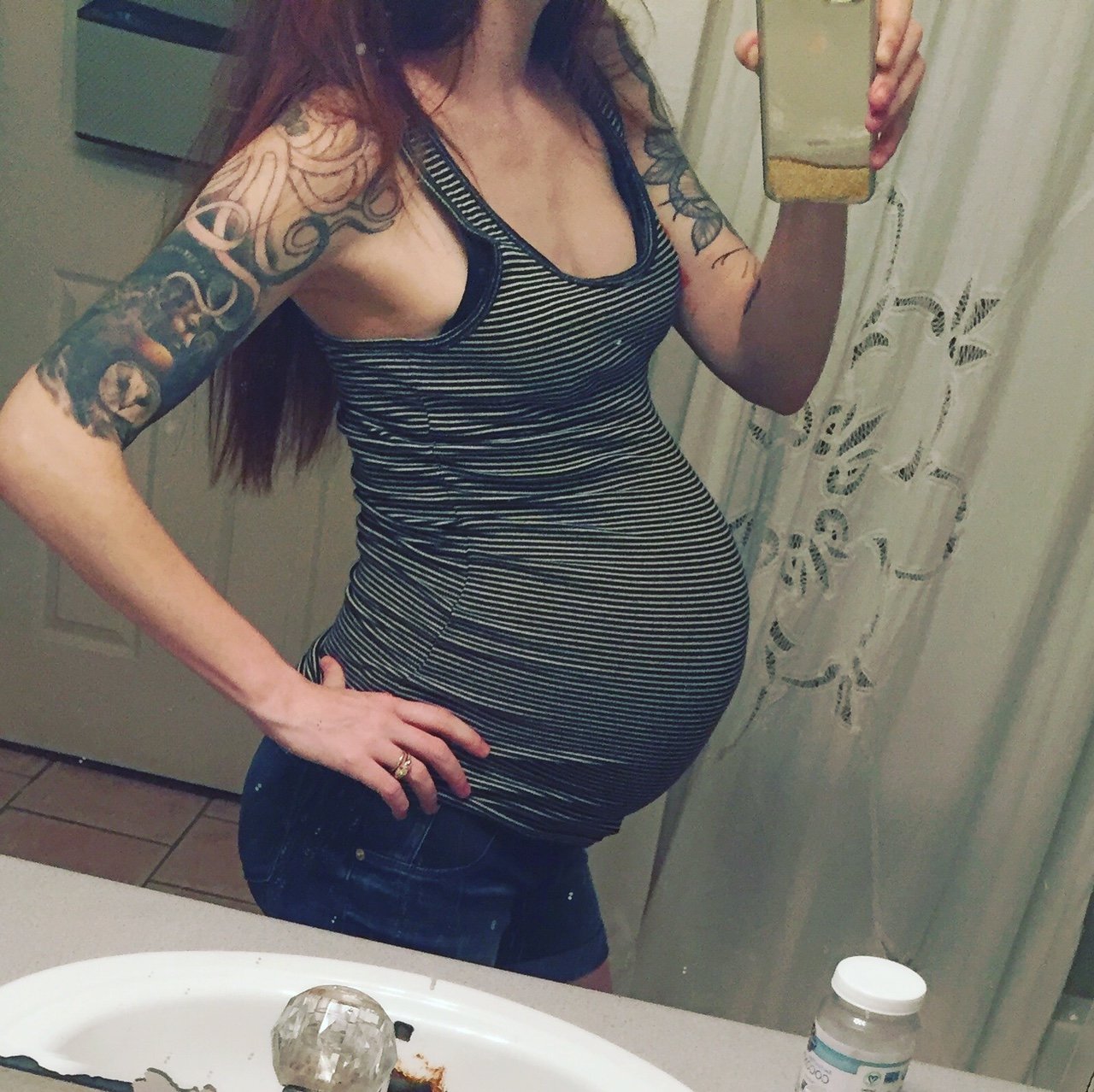 Over a few weeks, I became nervous about literally everything I ate. I eliminated almost anything that had a carbohydrate count higher than 10 grams, and this bled into worrying about weight gain, which I knew was absolutely necessary during pregnancy. However, it became a double-edged sword— if I gained too much, would I then also be hurting my unborn child?

Teeth-grinding, moodiness, and fatigue gripped me—I knew these were all related to how I was eating, and not just from the surge of pregnancy hormones. I obsessed over which foods to eat and when, rather than following the natural hunger cues of my body. And I lost sleep at night planning out what to eat the next day. I become so tired that I didn’t want to go to the gym, which I knew also helped to regulate blood sugar levels in pregnancy.

Related: How To Get Off The Blood Sugar Roller Coaster

If I became hungry outside of regular mealtime, I’d roll over snack options in my head for at least an hour before considering something that felt both low sugar and low calorie enough to consume.

Additionally, I was spending so much time calculating my food intake on the app during dinner time with my spouse—and this only took away from the time we had to spend together. My spouse remarked on how much I was on my phone, and that’s when I finally realized I was becoming obsessive over my food.

I had initially thought that tracking my carbohydrates in My Fitness Pal—along with using the glucometer to measure my blood sugar levels after meals—would help me stay organized and help me to figure out which foods would be best in order to stay healthy during my pregnancy, but what I was really doing was turning to old bad habits, like counting calories.

This was confirmed when I looked my eating history on the app: I saw that my calorie consumption was slowly dropping. And although I did need to track my starches (a.k.a. complex carbs, like pastas and breads and even fruits), I didn’t have to be so strict about it. As long as my blood sugar levels were in an optimal range based on the glucometer, tracking these foods to the gram or calorie was not necessary. I needed to eat more in general.

Affirmations like “This food is nourishing my baby” and “Your pregnant body looks fascinating and beautiful” really helped.

Following my natural hunger cues was a process I had to learn the first time I recovered from my eating disorder, and it was necessary more than ever during my pregnancy. Instead of attempting to suppress my desire to eat sweet foods, I allowed myself to indulge in decadent high fat, low-carb foods like cheese, nut butters, avocados, and rich cuts of meat.

I let myself eat until I was full, and spent a lot of time mentally reaffirming that this was for my child. I had to put my own feelings aside, stop counting calories, and think about the future. My doctor recommended combining starchier foods with proteins to allow for those starchier carbohydrates to burn off more slowly, and that helped, as well.

Related: Shop prenatal vitamins for you and baby’s health.

Affirmations like “This food is nourishing my baby” and “Your pregnant body looks fascinating and beautiful” really helped. My husband also gave me a lot of reassuring comments about how much he loved my pregnant body. After a few days, I felt like I could breathe again.

I marveled at the roundness of my belly, imagined what my daughter looked like inside there, and began to enjoy my body for what it could do.

Pour yourself one of these Watermelon Wave Mock-A-

Plans for a Fourth of July cookout? Make sure to b