When I decided to start eating breakfast every single morning (on top of documenting its effects on my health, energy, and general ability to conquer the day-to-day), I excitedly told a friend of mine. She was confused: “You? Trying to be healthy?” 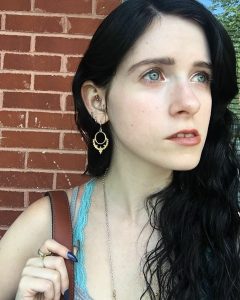 “Yep,” I told her. “I’m doing it!” She laughed for a long time. But I was steadfast, determined to find the better, brighter, healthier me that lay dormant somewhere inside.

There were some surprises, at first. For one thing, I realized that eating breakfast meant actually being awake for breakfast. (Noon is apparently not breakfast time, I’ve been told.) I’m a student and a freelance writer, and we are nocturnal creatures: We can see in infrared and easily amass a whole body of work without ever crossing paths with the sun. I’ve tried to actually wake up early in the past, and it’s never gone very well. So, in my efforts to wake up and eat breakfast, past failures at making positive life changes hung over me.

But I remembered something: Last summer I decided to take an accelerated math class (!) at eight in the morning (!!)…because I’m a masochist. Naïvely, I believed this would make me a better person. I thought: A person who woke up at six a.m. to do math would be a person who went on to have a productive day. I would finally learn yoga and figure out how to do my own taxes. I’d be the best version of myself. But in actuality, I ended up being the same person, except that I was in a really bad mood all of the time.

This time around, I promised myself things were going to be different.

Once I got past the initial shock of being awake for breakfast, I began to think about which breakfast foods I’d eat, and how I could make them healthier choices. Saying I’m “not a health-conscious person” is putting it lightly. Friends have categorized my diet as “gas station food” or “food you would eat at a child’s birthday party.” I like dollar pizza, mac and cheese, and greasy breakfast sandwiches. The only praiseworthy health habit I have is avoiding high-fructose corn syrup.

And while I might count a handful of Cheerios as breakfast, I wanted to take this breakfast challenge more seriously.

Once I got past the initial shock of being awake for breakfast, I began to think about which breakfast foods I’d eat, and how I could make them healthier choices.

I love green smoothies, but they’re so expensive! I decided to start making them as my breakfast, and they turned out great. I tossed kale, avocado, plain yogurt, green apples, almond butter, frozen bananas, apple juice, and ice into a blender, and voila!

Related: How To Make The Best Smoothie For Your Goals

It was like a dessert and only vaguely resembled something healthy, which is perfect for me. While I mostly drank a smoothie, sometimes I’d have an egg sandwich or a bagel instead (because I’m not a saint and bagels are a human right).

Unfortunately, I must admit: I began feeling better (which means I have to keep waking up early). Eating breakfast fits squarely into the all-important self-care box. By waking up to eat, I wasn’t beginning my day by rushing out the door on an empty stomach, which has been good for my anxiety.

I was also more aware of what I was eating, because I was doing this as a health challenge. I think that’s called accountability? (I’ve heard of that before but thought it was something for other people.)

Eating breakfast fits squarely into the all-important self-care box. By waking up to eat, I wasn’t beginning my day by rushing out the door on an empty stomach, which has been good for my anxiety.

My blood sugar and energy levels benefited from this experiment, as well. I’ve felt more stable with less spikes and low points throughout the day. The smoothies did make me gain a little weight (maybe all that avocado?), which I’m honestly happy about, since I walk five or six miles a day and tend to lose weight quickly.

Related: Shop superfood powders for all your smoothie-making needs.

Also, since I started eating breakfast, a couple of people complimented my skin. Disclaimer: I use a bottle of highlighter a day, so it’s hard to know what’s what, but being the horribly vain person I am, I will do almost anything to look better, and so I plan to continue the smoothies.

While I’m not suddenly a morning person, this has been an overall positive experience for me. I have found some healthy breakfast choices that I genuinely enjoy, and it felt good to do something nice for myself. I can’t promise anyone I will always wake up early to eat breakfast, but I will try to when I can. Besides, veggie smoothies are just as good for you at two in the morning, right?