A snack might seem like a pretty insignificant eating affair—a handful of nuts here, a protein bar there. But a steady stream of munching can add up to a serious portion of your daily food intake. In fact, snacks now account for approximately 570 calories per day in the American diet, the equivalent of an entire fourth meal.

Noshing in between meals doesn’t have to be a bad thing, though. If you snack with intention, it can be an opportunity to support your health, especially your immune system. 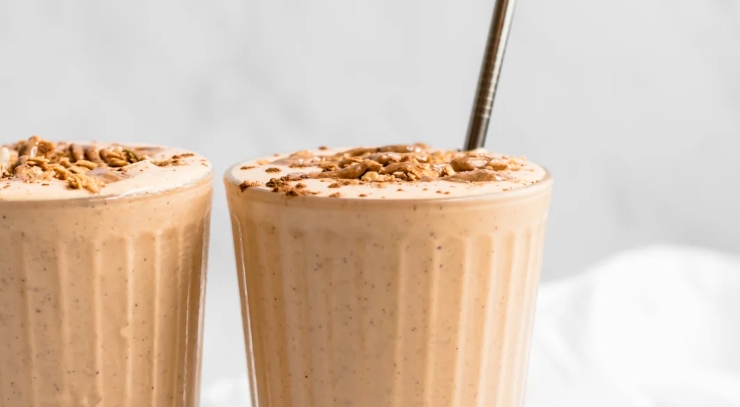 The flavors of earthy cinnamon and sweet potatoes give pumpkin spice a run for its money in this healthy, creamy smoothie from Ambitious Kitchen. Sweet potatoes are loaded with vitamin A, an antioxidant that’s one of the most critical nutrients for immune support. Just one cup of cooked taters (the amount this recipe calls for) contains 2,580 micrograms—that’s 286 percent of the daily value for men and 369 percent for women! Plus, this yummy snack is sweetened only with banana, meaning pro-inflammatory added sugars won’t derail your best dietary intentions. 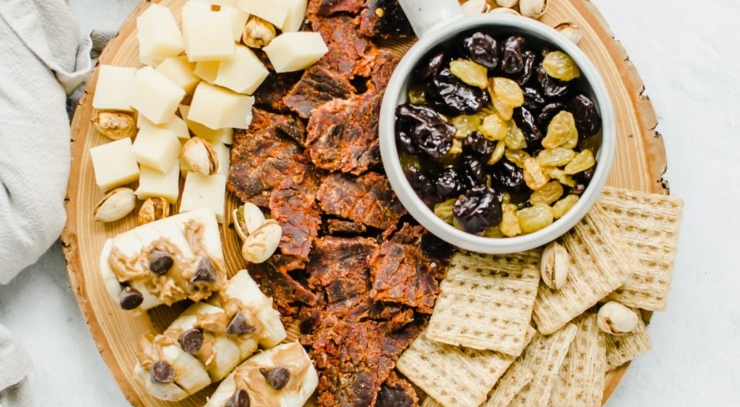 Beef jerky, anyone? Red meat may sometimes get a bad rap, but the protein content of beef is hard to beat. In its dried jerky form, beef packs nine grams of the muscle-building macronutrient per ounce. And here’s a fun fact: Protein helps power your T-cells, the defenders that attack foreign substances in your cells. Given that, it’s not so surprising that protein deficiency has been linked to impaired immune function. Another bonus: Beef also packs plenty of zinc, a mineral known for enhancing immune function.

To amplify the usual straight-out-of-the-bag jerky experience, try your hand at a charcuterie-style beef jerky snack board. This recipe from Sweet Cayenne cranks up the protein party with the addition of pistachios, nut butter, and cubed cheddar. Give it some seasonal fall flair by including sliced apples, pears, or even a schmear of pumpkin butter. Just be sure to choose a beef jerky free of funky additives and added sugars. 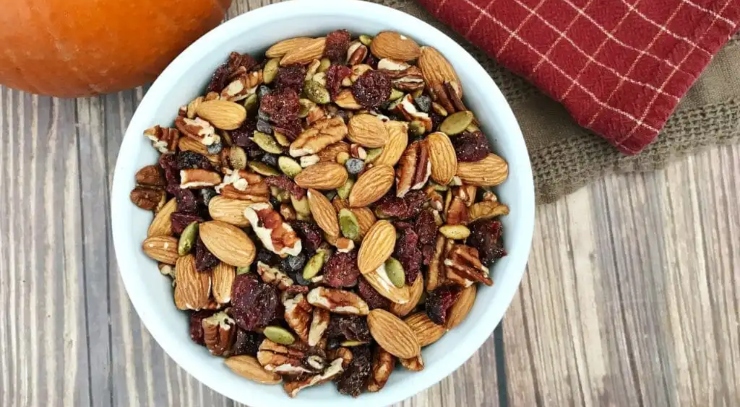 Fall is the perfect time to hit up hiking trails for colorful autumn views. Fortunately, it’s not hard to whip up an immune-boosting trail mix to fuel your trek. A simple DIY fall-themed trail mix (like this one from Your Choice Nutrition) features pumpkin seeds, dried cranberries, nuts, and other tasty, crunchy components. By incorporating nuts like almonds, you’ll load up on vitamin E—an unsung hero of immunity. According to 2019 research, this nutrient is one of the most effective for supporting the immune system, since it modulates T-cell function and impacts cell division and inflammatory mediators. 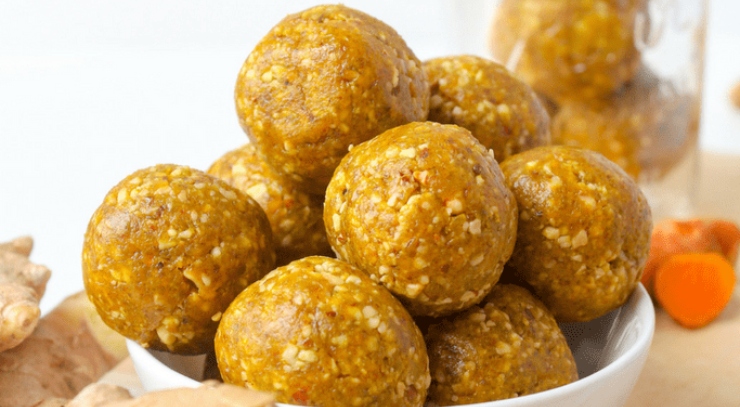 When you think of seasonal fall fruits and veggies, ginger may not be the first to spring to mind—but this spicy rhizome is actually a fall crop! It’s no wonder it pairs so nicely with other autumn produce like apples and acorn squash.

Read More: 10 Ways to Prep Your Immune System for the Colder Months

Besides its uniquely zippy flavor, ginger is a powerful component in a pro-immunity diet. Research shows its antioxidative properties can support healthy immune function. Soak up its signature flavor and illness-fighting benefits with some no-bake ginger turmeric energy balls. (The turmeric in them doesn’t hurt, either! Studies have shown that curcumin, an active compound in turmeric, is a potent antioxidant.) 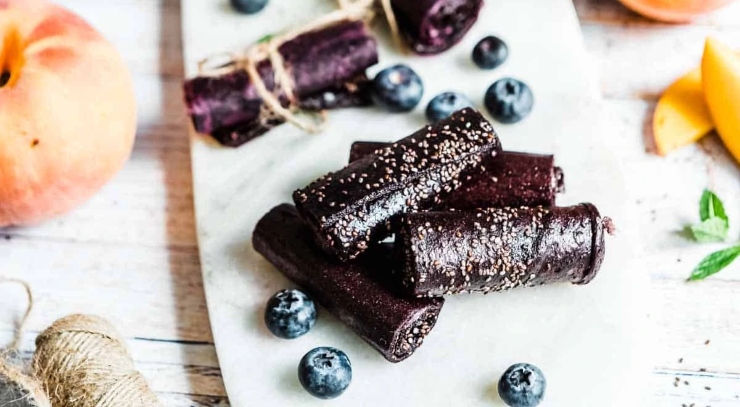 Immune-boosting elderberry has been having a moment. These days, you’ll find it featured as an ingredient in everything from cookies to cocktails—and the hype may be justified! Research has long hailed its immune benefits, with one older study suggesting that elderberry is a must-have helper when recovering from being under the weather. Another revealed that air travelers who pre-gamed their flights with elderberry fared better against anything they picked up while traveling.

Hop on the elderberry train at snack time with a simple homemade fruit leather, like this recipe from Simple Green Smoothies. It takes just four ingredients and a few minutes of hands-on prep. 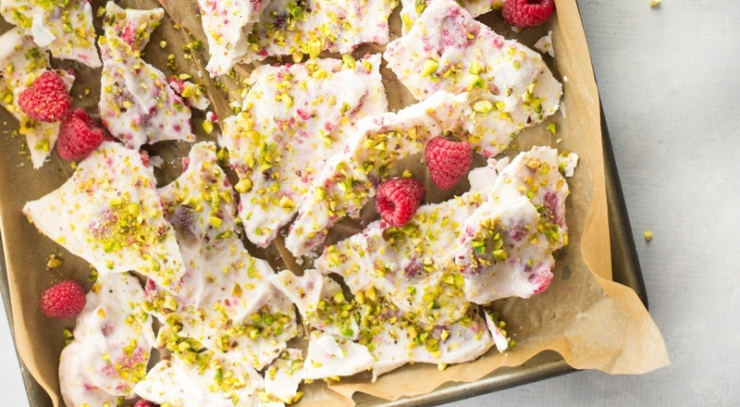 By the time fall rolls around, strawberries and blueberries have passed their prime, but raspberries continue to thrive in many climates—and their high levels of vitamin C and antioxidants mean business for protecting your immune system.

While you could always make a parfait by mixing the berries with yogurt, here’s another, more intriguing take on the classic combo: frozen yogurt bark. By mixing high-protein Greek yogurt with raspberries (and other additions like pistachios or chia seeds), you’ll make a frozen, anti-inflammatory snack perfect for those warmer fall days. Try this easy recipe from A Sweet Pea Chef. 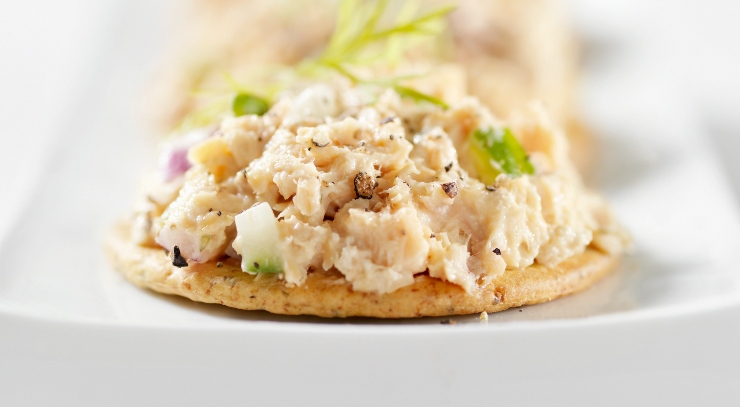 Pop open a can of tuna and grab a Granny Smith! A fruit-studded tuna salad is a classic immune-boosting snack. Everyone’s fave everyday fish is high in several nutrients known for aiding immunity, including selenium, zinc, and protein. Plus, with the addition of diced apples (fresh from your latest apple-picking jaunt, perhaps), you’ll bump up vitamin C content. Meanwhile, a sprinkle of pumpkin seeds offers a satisfying crunch and that almighty vitamin E. Mix your tuna, diced apples, and pumpkin seeds together with a spoonful of mayo or mashed avocado and serve on whole-wheat crackers to complete the pro-immunity picture.