As a skeletal muscle physiologist and CEO of the Applied Science & Performance Institute, I spend my days researching and sharing all of the different ways people can take their health and performance to the next level.

There are many types of popular fitness supplements out there, but I recommend a few in particular. Solid science backs up the safety and performance-enhancing effects of these four must-haves.

Produced in our liver, beta-alanine is a natural amino acid our muscles use to produce carnosine, a molecule that helps regulate the acidity of our muscle cells.

Here’s why that acidity matters: You know that burning feeling you get in your muscles when they start to feel tired? That’s your muscle cells becoming more acidic, a side-effect of churning out the chemicals needed to power your workouts. Research shows that keeping muscle pH in a certain sweet spot is crucial for exercise performance and fighting fatigue—and carnosine helps make that happen.

Carnosine also may help the proteins in our muscle cells use calcium, which they need in order to contract powerfully and efficiently. (Muscle pH also affects muscle cells’ sensitivity to calcium, so carnosine really works double-duty.)

Supplementing with beta-alanine helps boost and maintain the concentration of carnosine in our muscles so the molecule can work its magic and support prolonged performance. And, yes, the literature shows that taking beta-alanine makes a difference.

Doses between 3.2 and 6.4 grams of beta-alanine per day have both been shown to be effective. However, 6.4 grams per day seems to be slightly more beneficial, especially for larger individuals. I recommend taking four 1,600-milligram doses throughout the day to keep your levels up. Take one dose in the morning, one before and after your workout, and another in the evening. Or, to keep things simple, stick to two doses per day—before and after your workout.

Probably the most widely-researched fitness supplement on the market, creatine has been shown to be effective in supporting muscle strength, size, and power. The most-researched and seemingly most effective form of this naturally-occurring compound: creatine monohydrate.

Our body uses this compound to produce chemical energy (called ATP), which we use to power our muscles through exercise and other movement. Supplementing with creatine can boost our muscles’ stores and help us produce the energy we need to perform in the gym.

Old-school science suggested taking supplementing with high doses of creatine (like 20 grams a day) at first—called the ‘loading phase’—to boost muscle creatine levels. However, in the long run, it’s not absolutely necessary.

Other research by Dr. David Pearson found no significant difference in the muscle creatine levels of those who ‘loaded’ their supplements and those took the standard five grams per day over the course of a month.

Related: What Experts Want Women To Know About Creatine

Though loading creatine may help you boost your stores quicker, simply taking five grams per day will still lead to complete saturation within a few weeks—and probably be a much more convenient addition to your daily routine.

Recent studies suggest that taking five grams of creatine after your workout may be slightly more effective than taking it before your workout, but both timing strategies will still offer solid benefits.

And now, perhaps the most popular fitness ingredient known to man: caffeine. It’s so common in pre-workout supplements and energy drinks, it’s almost a no-brainer. In fact, caffeine is such a powerful workout-booster that scientists actually pushed to ban it from sports back in the 1930s.

But what does caffeine actually do? Basically, it stimulates your brain and nervous system, effectively making you feel alert and energized. Specifically, caffeine boosts your levels of adrenaline and the strength of your heart muscle contractions.

While it’s convenient to sip a cup of coffee before hitting the gym, it’s actually not the most effective way to get your caffeine fix. Some of the active ingredients in coffee may interfere with caffeine absorption and utilization, meaning you get less benefit than you would from pure caffeine. That’s why I recommend caffeine anhydrous, a popular form of caffeine used in many pre-workout formulas.

However, different people react to caffeine differently, and excess caffeine can contribute to negative side-effects like jitters, anxiety, and even light-headedness that can outweigh any potential benefits. My advice: Start low and build up slow.

Related: 5 Signs You Need A Break From Caffeine

To get the most performance oomph out of caffeine, take it about an hour before your workout, so your blood levels peak when it’s time to get to it.

While we’re talking about caffeine, I want to address two of the biggest criticisms I hear about the stuff.

First: the idea that caffeine dehydrates you. Yes, there’s some truth here—but caffeine’s effects on dehydration are much more indirect than many people think.

Caffeine doesn’t necessarily increase urine output; it just increases how much salt that urine contains, which, in turn, can contribute to dehydration. The fix is simple: If you’re concerned about hydration, add some sodium or an electrolyte supplement to your pre- and intra-workout drinks.

The second caffeine critique: that habitual caffeinators need to take more and more to truly feel its effects. While, yes, regular caffeine-takers may notice less of an ‘energy boost’ after taking caffeine (because their adrenaline doesn’t react as strongly as non-caffeine-takers), research shows that caffeine adaptation does not negatively affect exercise performance. That means even regular caffeine users still reap performance benefits.

An easy way to keep your caffeine tolerance low, though, is to take it only before your most intense workouts. Most people really don’t need a caffeine boost for cardio or an arms workout. If you want to crush some heavy weights and set personal records, bring on the caffeine.

Pretty much anyone who’s ever stepped foot in a gym has taken some sort of protein at some point. And though taking protein (or amino acids, the molecules that build protein) won’t automatically give you Photoshopped biceps, tons of legitimate research backs up its efficacy.

Though your protein needs depend on the intensity of your training, fitness level, and overall body mass, research suggests that consistent intake of 20 to 40 grams of protein per meal maximizes protein synthesis.

To support protein synthesis throughout the day, try to consume protein every three hours or so. A whey protein supplement comes in handy when you don’t have time to cook or need a quick meal replacement. While you can get more protein per calorie from an isolated or hydrolyzed whey protein, whey protein concentrate is digested and used so quickly (and efficiently), that it’s just as beneficial for building muscle. If you nail your protein intake, you should get enough of the BCAAs and other amino acids your body needs to build muscle.

In addition to whey protein, you can also use BCAA supplements when in a pinch or between meals. (BCAAs can help turn protein synthesis back on about two or three hours after a meal when protein synthesis begins to drop off.) These powders typically mix well with water, so you can keep them at your desk or job site to sip on throughout the day. Find a supplement with a 2:1:1 ratio of leucine to isoleucine to valine that contains at least 3.5 grams of leucine. (This is the most research-backed blend.) You can also sip on BCAAs before, during, and/or after your workouts.

I know firsthand that supplements can really help you reach your physique and performance goals, but don’t expect them to do all of the work for you. A quality diet and effective training program are nonnegotiable if you want to build muscle size and strength! 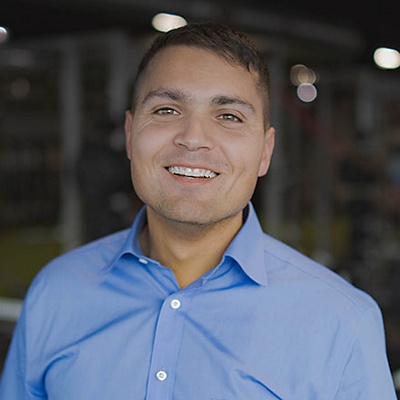 Known as ‘The Muscle Ph.D.,’ Dr. Jacob Wilson has a knack for transforming challenging, complex concepts into understandable lessons that can support your body composition and health goals. A skeletal muscle physiologist and sports nutrition expert, Wilson is a leader in muscle sports nutrition. As the CEO of The Applied Science & Performance Institute and researches supplementation, nutrition, and their impact on muscle size, strength, and power.