We talked to top trainers to get the low-down on what we’re doing wrong, and how to clean up our acts. 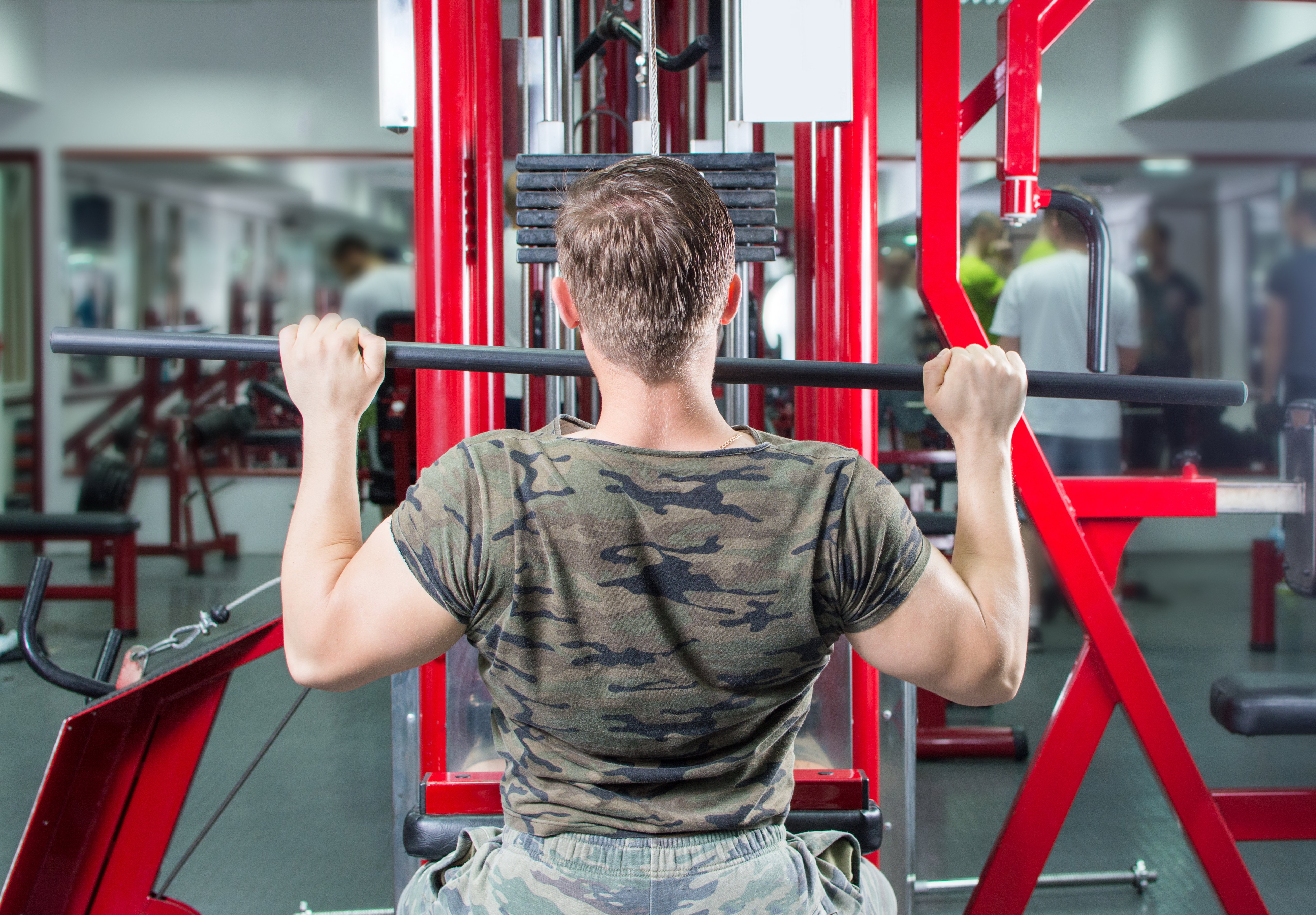 Still using the pull-down machine to pull behind your neck? “For years, studies have shown that this position strains not only the shoulders but the neck as well,” says Scott Weiss, C.S.C.S., co-founder and director of rehabilitation and sports therapy services at Bodhizone for Human Performance. This is especially true if you don’t have good flexibility in your shoulder area, he notes.

The fix: Pull the bar down to your chest (not behind your neck) with a 30- to 45-degree lean back, he suggests. “This not only works the same muscle more effectively, but won’t put you at risk of injury.” 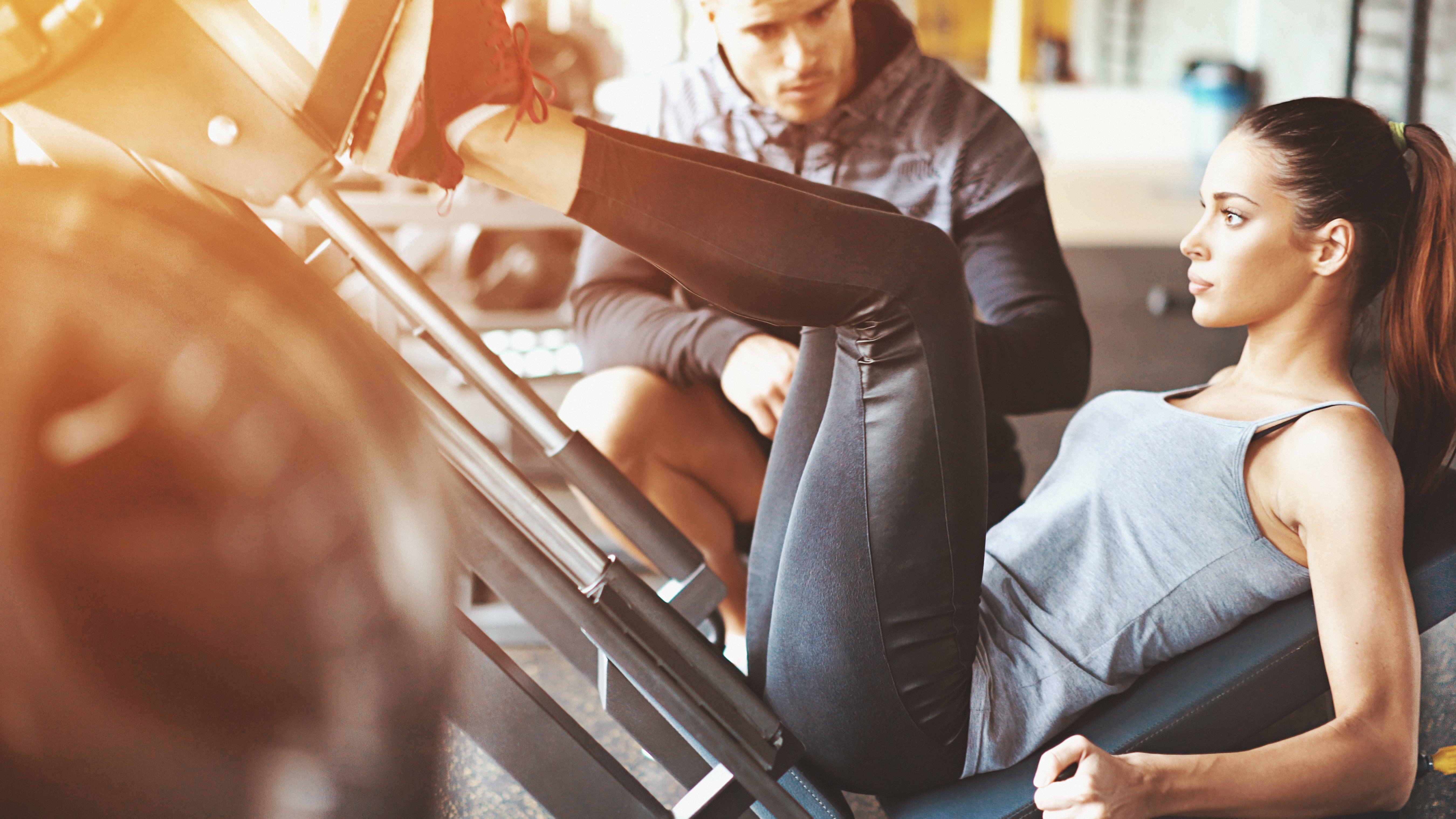 The leg press is tricky; on one hand it’s an amazing tool for strengthening your lower body, but it’s also all-too-often used incorrectly. One big mistake we make: starting from the wrong position, says Weiss. “Exercisers start with their knees in too much flexion, which can cause wear and tear to cartilage.” Overloading the press can also limit your range of motion (and results), setting you up for injury, adds Tom Holland, C.S.C.S., an exercise physiologist and author of Beat the Gym.

The fix: Remember the 90-degree position, says Weiss. Set the machine up so that your knees and hips are at 90 degrees, no further or closer. “This will ensure good form and longevity to the knees,” he says. Then, use lighter weights and slow your repetitions. You want to be able to reach a full range of motion. 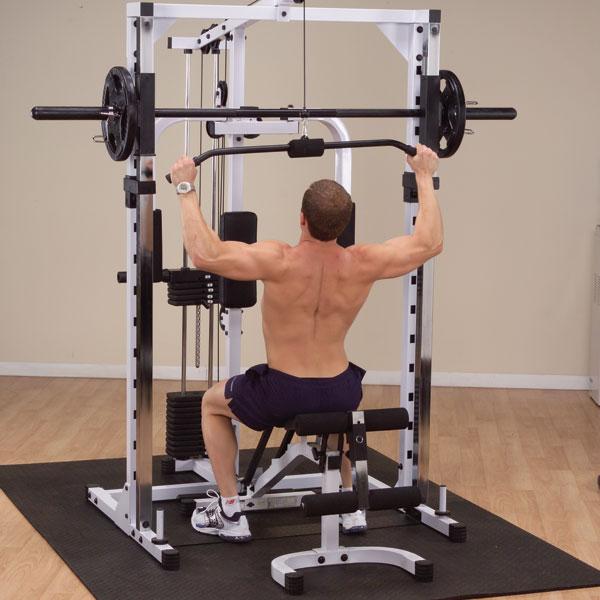 A squat is meant to use the hamstrings, glutes, and quads—in that order, says Devan Kline, the CEO and co-founder of Burn Boot Camp. But when you use Smith’s Machine, it’s possible that you shift the hips, which means your lower back and patella tendons (around your knees) can really take a beating, he notes. “You’re putting yourself at risk for long-term damage on this piece of equipment.”

The fix: Go for free weights and a normal squat in a squat rack, instead. “This will force your body to balance the weight while performing the squat, rather than getting assistance from a fixed range of motion,” says Kline. “The natural checks and balances of gravity, more often than not, will promote healthy form and make for stronger and leaner legs.” 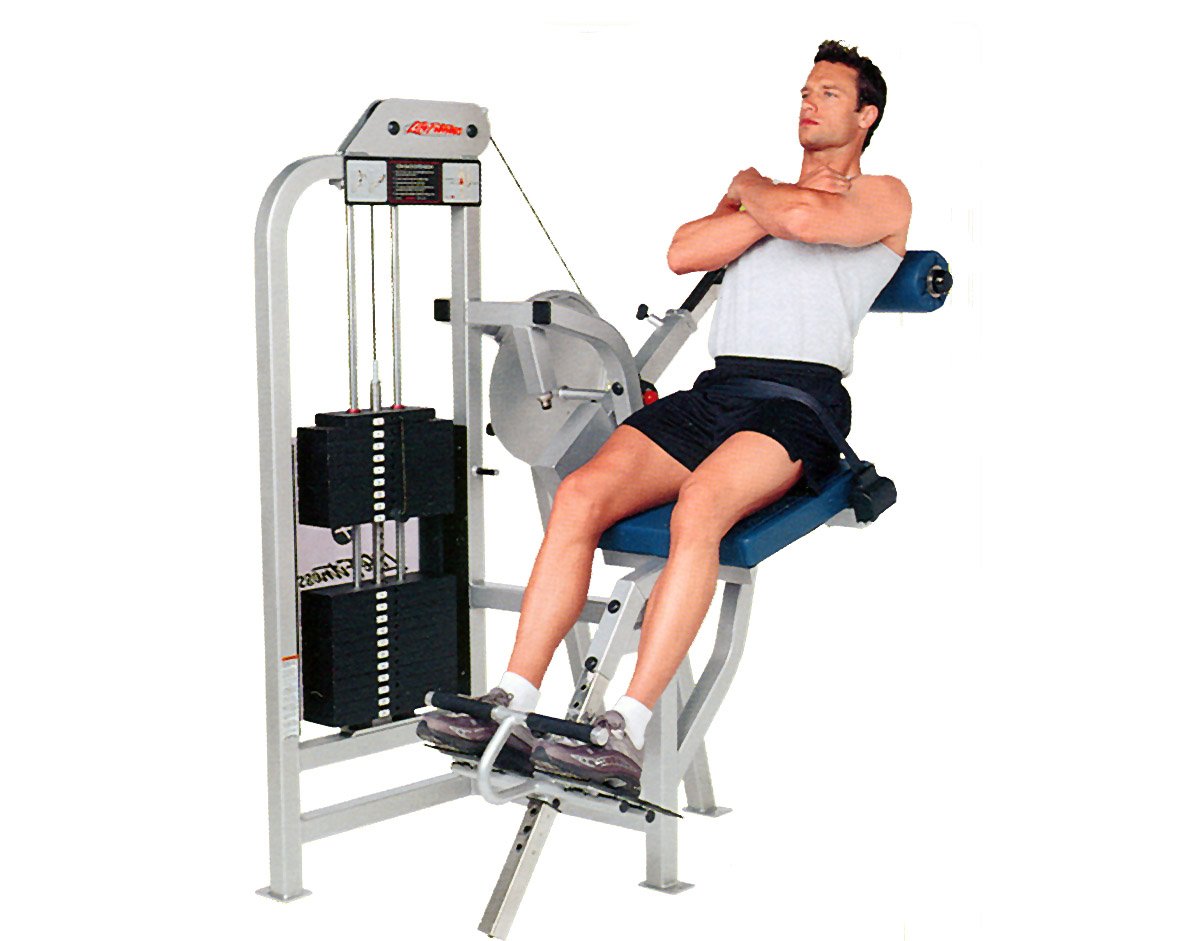 “It is common to see people hyper-extending their bodies when using the 45-degree back extension machine, placing unnecessary stress on the lower back,” says Holland.

The fix: Stop the extension exactly when your body forms a straight line, he says. Pause and hold for one second, then slowly lower back down. 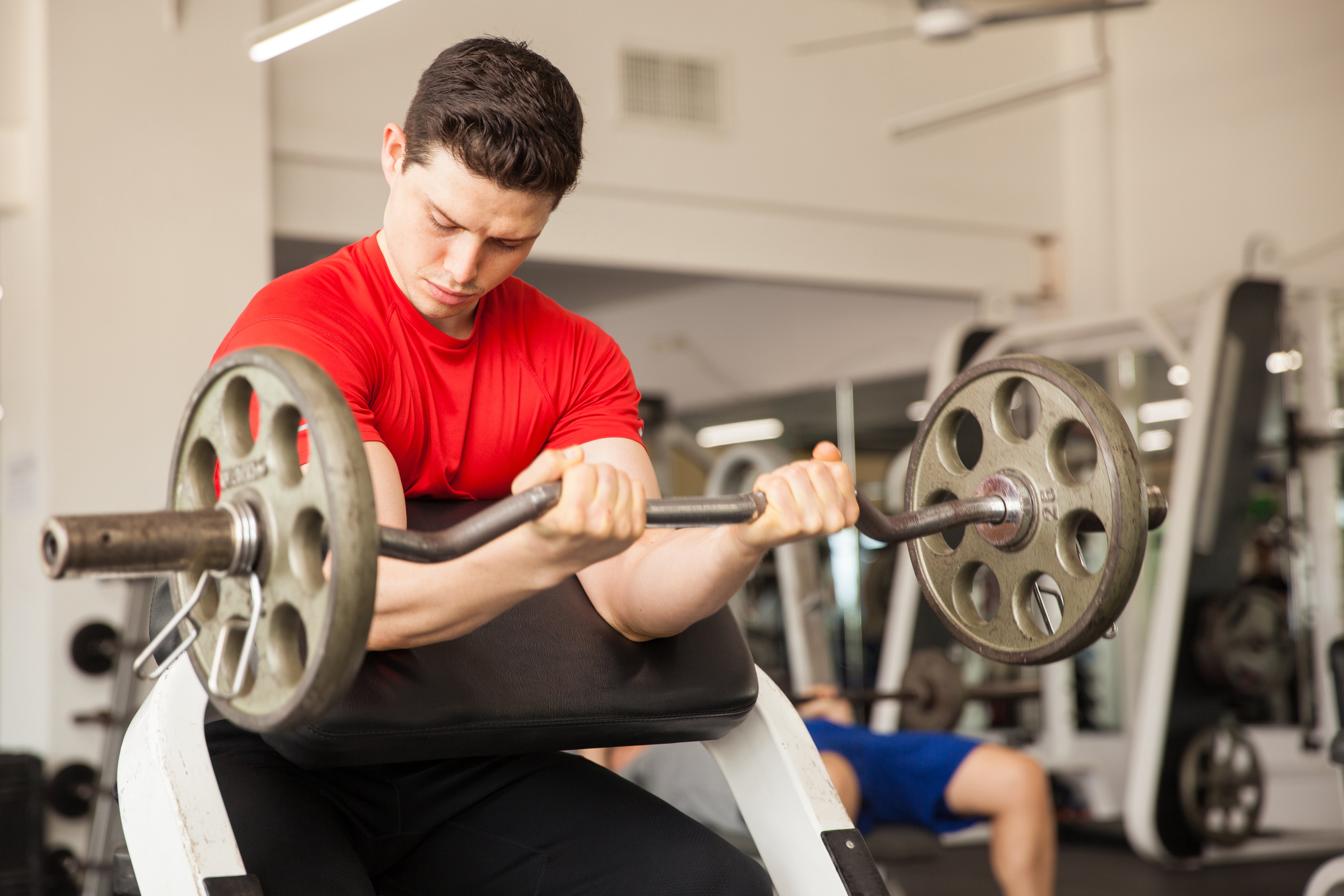 This machine can certainly isolate the biceps, but a few mistakes (such as using too much weight), can potentially wreak havoc on your shoulders, says Weiss. Form check: If your butt comes off the seat and your shoulders elevate and migrate forward while performing your sets, your weight is too heavy. Weiss adds that an incorrect form here can cause rotator cuff injuries and impingement (tendons rubbing against your shoulder blade).

The fix: Elevate the seat a bit and cut back on the weight so that you’re staying in proper form. “This in addition to keeping the armpits glued to the bench helps maintain proper mechanics,” Weiss says. 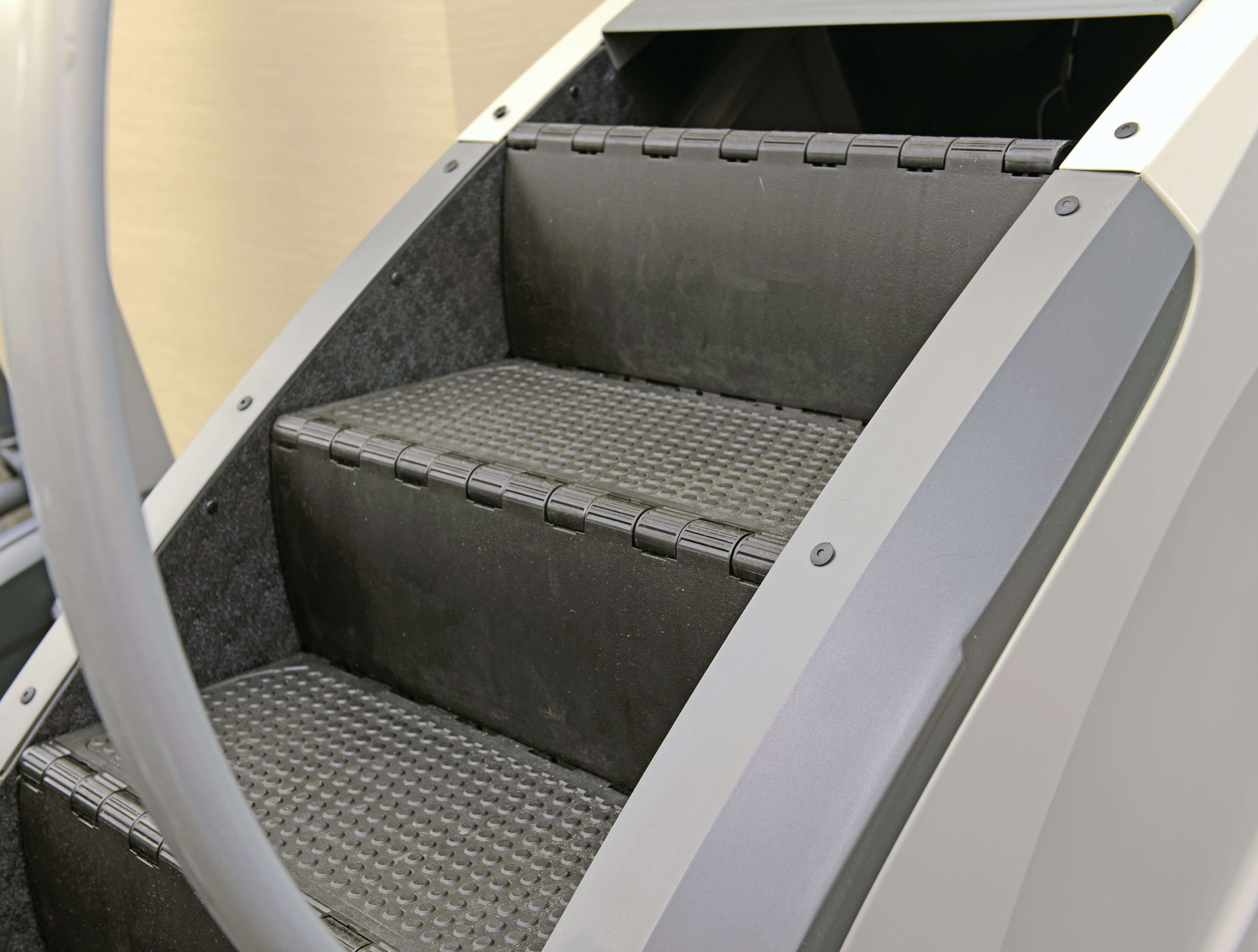 Trainers literally cringe when people set the stair-stepper way too high, drape their bodies over the displays and handrails, or take short, staggered steps, explains Holland. In fact, “This turns it into more of an upper-body exercise and decreases the number of calories burned.”

The fix: Set the machine to a lower speed, touch the handrails lightly for balance (don’t depend on the rails), and push the pedals through their full range of motion, not skimping on any step, he suggests.