Aside from the occasional happy hour or couch potato kind of night, I eat pretty healthy. I abide by Meatless Mondays, always go for whole wheat, and get inordinately excited about produce and farmer’s markets. And, because heart disease runs in my family, I try to stick to lean meats, avoid salt, and fill my plate with veggies. But despite trying to squeeze as much green into my diet as possible, I do have one major clean-eating Achilles’ heel: soda.

Pretty much nothing makes me happier than a fountain soda on a hot day or a cold Coke with my pizza. I’ve cut way, way back since my college days (I could down a two-liter bottle in one day), but more often than not I still have a can after lunch or with dinner.

The more I read up on nutrition, though, the more I worry about my soda habit. (For instance, the American Heart Association says overdoing it on added sugar contributes to weight gain and heart issues.) That’s why I recently decided to white-knuckle my way through two weeks without sugar in hopes of finally kicking my soda habit to the curb.

Before I got started, I spoke with dietitian Alix Turoff, M.S., R.D., C.D.N., C.P.T, about what going sugar-free would actually entail—and I was shocked to learn how many foods contain sugar. “Many people don’t realize that all carbohydrates—even ones that don’t taste sweet, like rice—turn to sugar in our bodies through digestion,” she told me. The only exception? Fiber, which we don’t digest. If I wanted to completely cut out sugar, I’d have to nix all carbohydrates, except for those that are almost exclusively fiber, like veggies.

That seemed like a next-level task (plus, sweet potatoes are totally healthy!), so instead I chose to avoid all added sugar, which lurks in a ton of foods under aliases like agave, dextrin, fructose, mannose, syrup, and more.

On Sunday evening, I walked into the grocery store ready to start my vacation from added sugar—and quickly realized that everything I love contains it. Crackers, cheese, salad dressing, hummus—all of my favorite diet staples! Realizing just how tough this was going to be, I whipped out my phone and did some serious Googling. I looked up every single food ingredient and pored through the interwebs for sugar-free meal ideas.

Related: 10 Foods That Pack More Added Sugar Than You Should Have All Day

Though I was sad to pass up on some of my favorite foods, I left the store with bags full of turkey burgers, arugula, frozen veggies, pre-made guacamole, and edamame. (It’s worth mentioning that I searched three different grocery stores before I found sugar-free bacon.)

With store-bought lunches and vending machine snacks off the table, I toted no fewer than seven plastic containers into work with me the next day, packing veggie egg cups for breakfast, a massive salad and salad dressing (just oil and vinegar) for lunch, and edamame, plantain chips, and guacamole for snacks. It was enough food for a weekend camping trip, but hey, I didn’t want to get stuck without food I could eat. 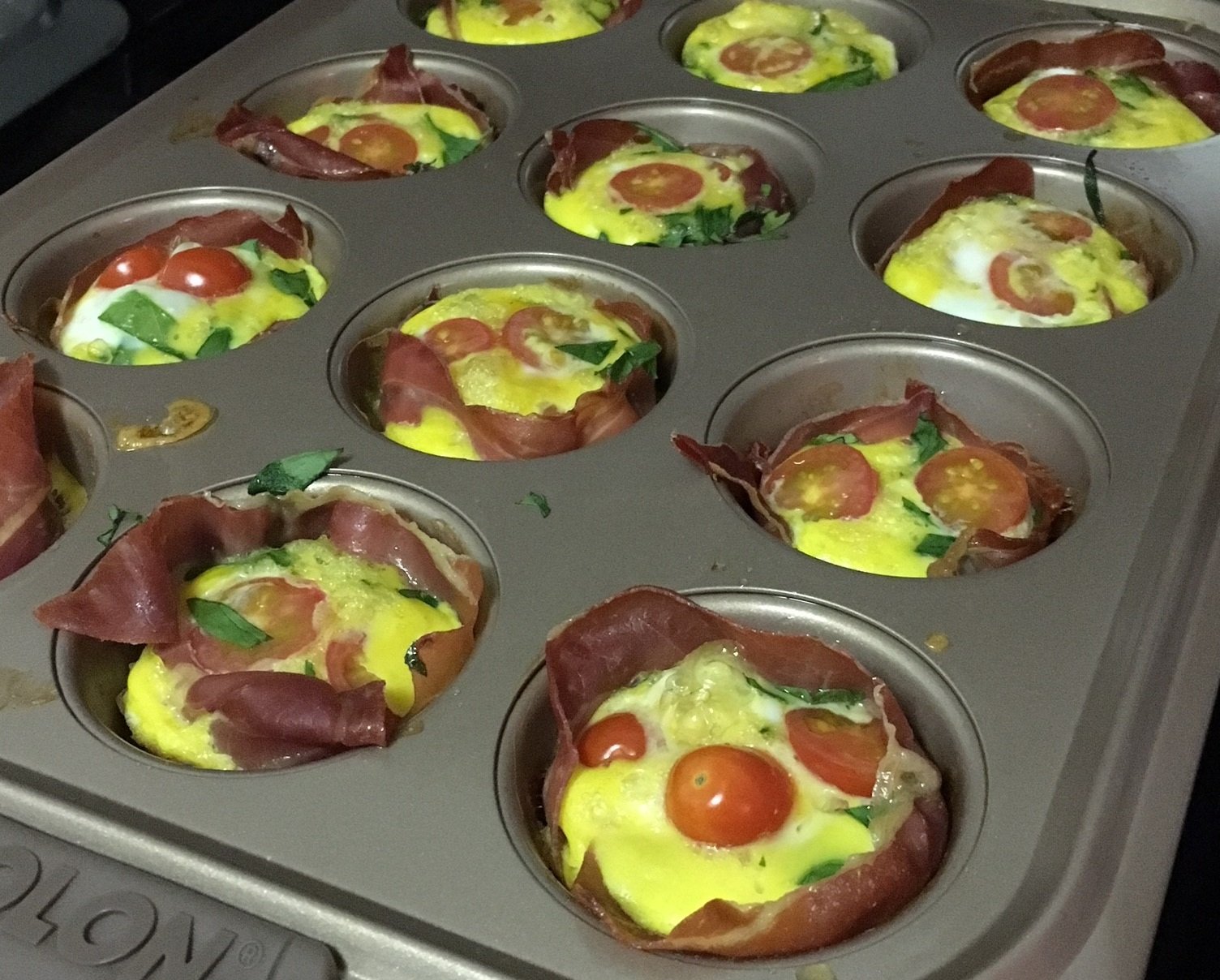 Those first few days I found myself lusting after things I normally wouldn’t think twice about: sad-looking breakfast pastries left over from morning meetings, chalky protein bars, you name it. On day three, I even briefly considered eating a candy bar I saw on the floor of the ladies’ bathroom.

My daily mid-afternoon slump—which I usually cured with a can of soda—hit me hard. A few days in, though, I realized I could replicate what I loved most about soda—the cold, the bubbles, the caffeine, and a quick break from work—with seltzers or iced coffees, and surviving ‘til quitting time became doable again.

By day six, I had my routine down pat, and I happily carted all of my food containers into the office. I kept it simple: something like a leftover turkey burger, homemade chimichurri sauce, veggies, and avocado, or a salad topped with sugar-free rotisserie chicken, quinoa, chopped red onion, and tomatoes for lunch, and sea-salted edamame, bell peppers, and guac for snacks. 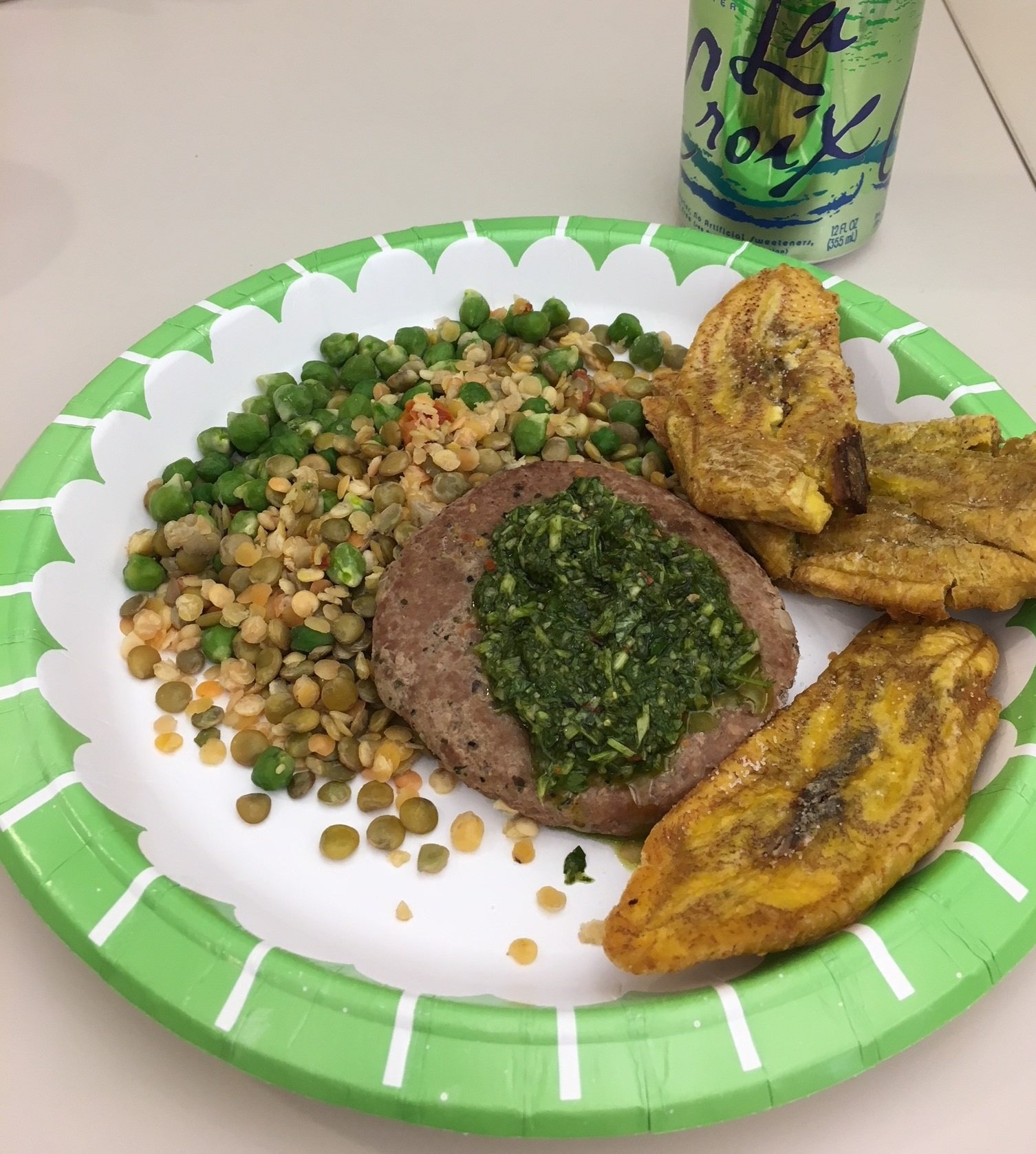 I also noticed my energy levels becoming more stable. I no longer felt sluggish all afternoon after eating an oversized sandwich or pizza slice for lunch, or tossed and turned at night after a few glasses of vino or ice cream before bed.

I definitely found myself doing some odd things, however, like sneaking a plastic bag full of (sugar-free!) chips and a green apple into a college basketball game so I’d have something I could snack on, or stashing a bottle of salad dressing in my purse. I thoroughly scrutinized restaurant menus online before going out to eat, and asked servers dozens of questions about every ingredient on the menu. Sure, some of it was a little awkward, but it made me realize just how little I knew about the food I usually consumed! I couldn’t believe the number of calories in my usual takeout orders (like build-your-own burrito bowls) and unrecognizable ingredients in my go-to grab-and-go prepared foods (like pre-made enchiladas). 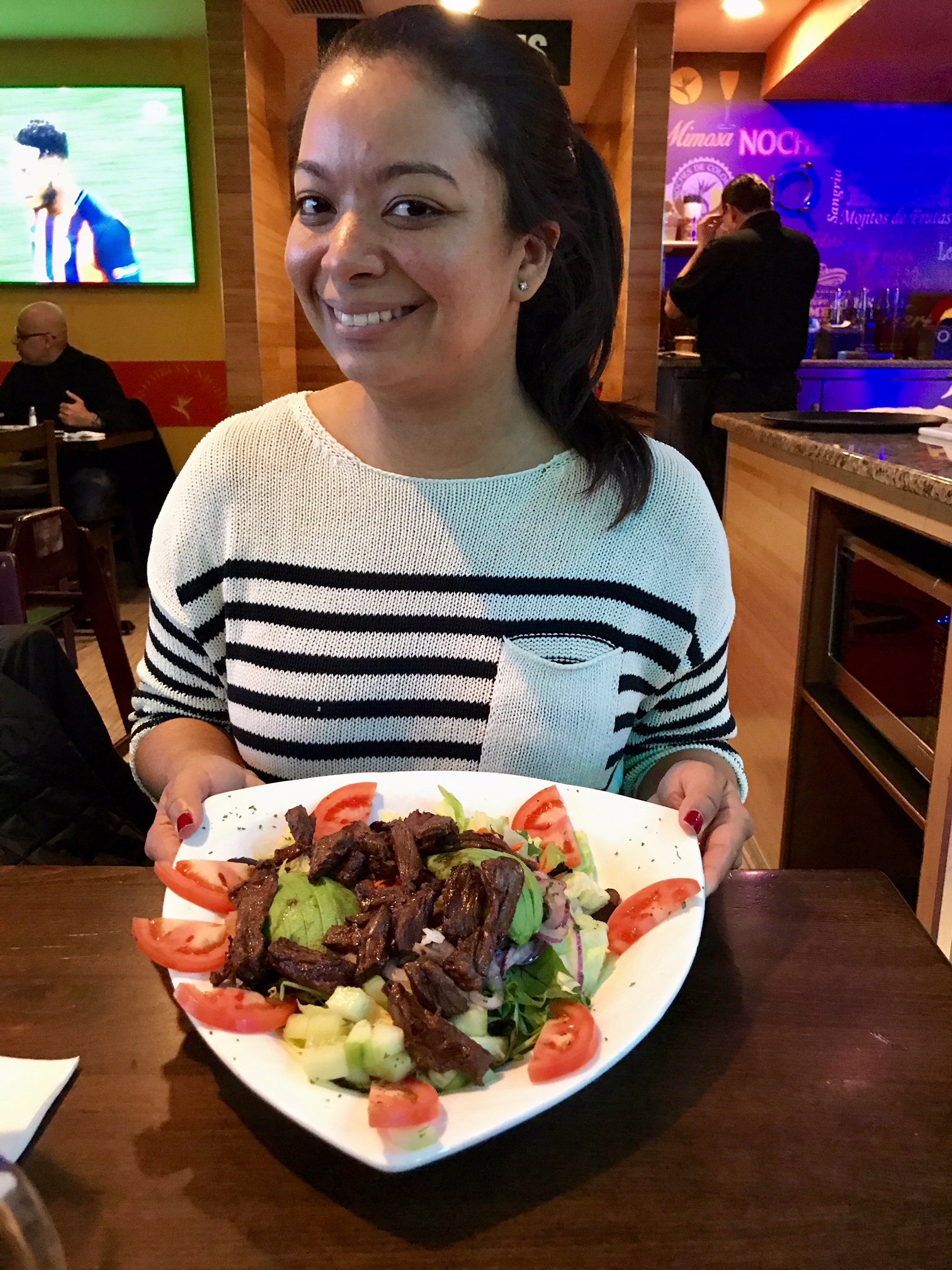 My solution: Cook more! My kitchen adventures included perfecting a homemade chimichurri sauce (something I would have bought pre-made before) and adding different veggies (and even fried eggs!) to whole-wheat pasta dishes. The more I experimented, the more fun I had.

By day 14, I was sleeping a full eight hours without tossing and turning in the wee hours, my pants felt a bit looser, and I’d saved a surprising amount of cash by bringing my own lunch to work. (I’ll be honest, though: It was hard to plan out every single thing I was going to eat ahead of time.)

Yes, I have had some soda since finishing my two-week experiment, but those 14 days helped me realize that it’s a habit, not a necessity. Now I’m more likely to go for seltzer, and I’ll only indulge in a can of the syrupy stuff every few days or so.

Soda aside, my biggest takeaway is my new awareness of the ingredients in the foods I’ve eaten mindlessly for so long, and realizing that with a bit of preparation I can eat a far less-processed diet. In the end, that is pretty sweet.