I won’t play dumb: As a CrossFit coach, marathoner, and health and wellness journalist, I know how important adequate daily water intake is.

To my own chagrin, though, I’ve never implemented any changes in my routine based on this knowledge.

I’ve never hauled a Nalgene with me everywhere; never sat down at a restaurant and immediately downed the glass of water waiting on the table; never chugged 16 ounces immediately upon waking. And as a long-time work-from-homer, I’ve never had to pass a water cooler on the way to my snack cabinet.

In fact, it wasn’t until after a long and grueling hike with my partner—a hot yoga enthusiast and big time water drinker—that I realized just how little water I drink. While he chugged four enormous mason jars of water, well, it didn’t occur to me to drink anything—until he said, “Gabby, for the love of hydration, aren’t you going to drink some water?!”

Right then and there, I set out to hydrate better. To get me started, I decided to track my water intake for the next two weeks and step up my H20 game as needed.

The Benefits Of Proper Hydration

As I geared up to drink more water per day than I probably ever drank per week (yikes), I wondered what benefits I could really expect. So, I rang up my go-to exercise physiologist and nutritionist Jim White R.D.N., C.P.T, owner of Jim White Fitness & Nutrition Studio.

According to White, the biggest benefit of drinking more water is not facing the effects of dehydration, like:

“Throughout your work day, you may find that you feel more focused and less mentally fatigued when you’re drinking more water,” he told me.

Read More: Are You Dehydrated Without Even Knowing It?

And during my home CrossFit workouts and runs? I should expect to feel noticeably less tired, stronger, and more comfortable during long endurance workouts.

Figuring Out How Much Water I Need To Drink Per Day

I was impressed by the potential perks—but I still didn’t know exactly how much water I needed to drink.

According to White, the “eight glasses a day” advice wouldn’t quite cut it.

Plus, because I work out for about two hours a day five days a week, I also needed to drink: 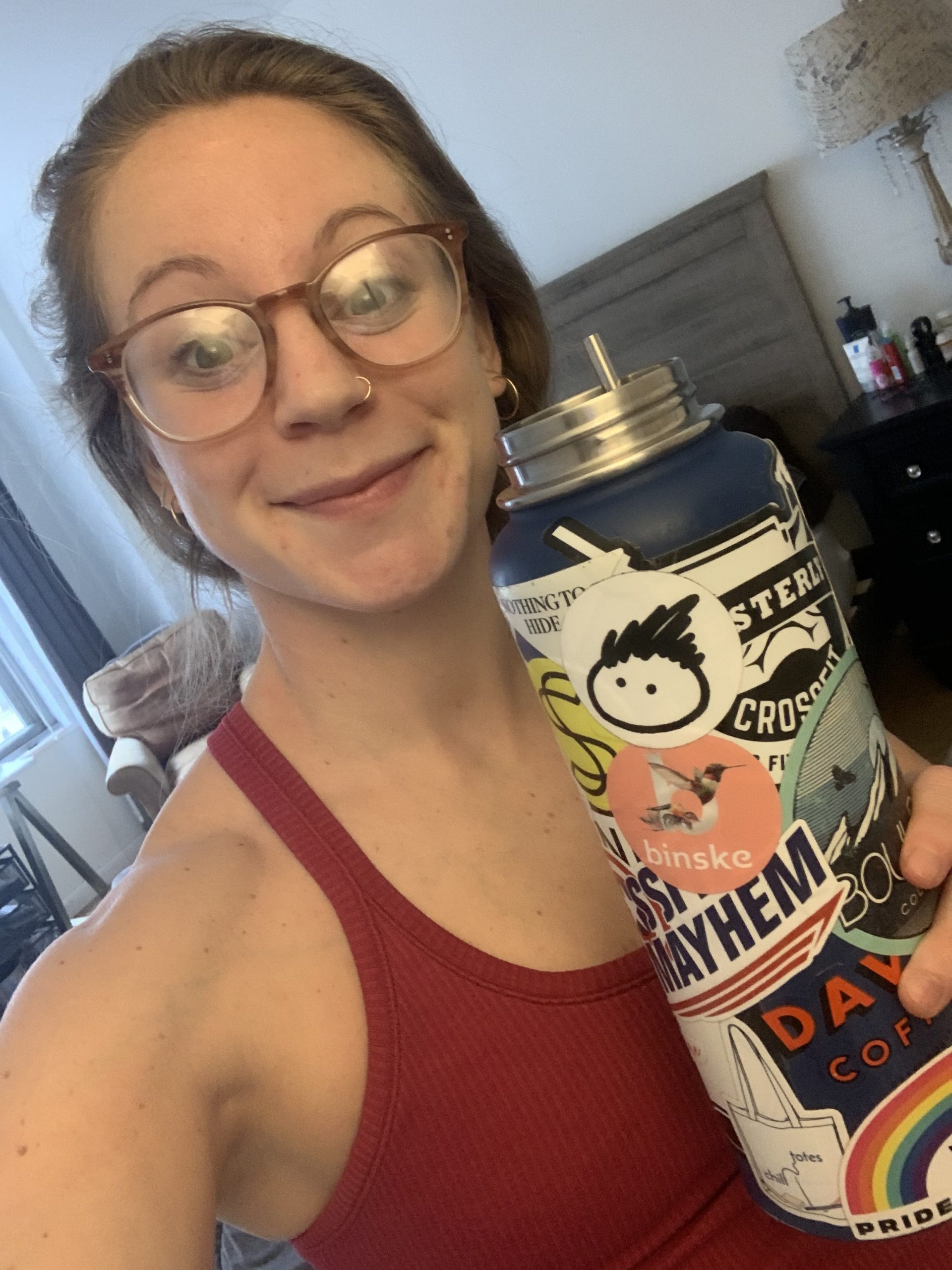 Considering I previously only finished that bottle once each day (a.k.a. drank 40 ounces of water total), and drank zero water before/during/after working out, this felt aggressive. White convinced me, though, by telling me that “feeling thirsty is a sign of dehydration, so if you’re waiting until you’re thirsty to drink, you’re exercising in a compromised (dehydrated) state.”

To hold myself accountable for guzzling all the water, I downloaded iHydrate, an app designed to track your daily water intake and remind you to drink more water throughout the day.

There are a few other water tracking apps out there (WaterMinder, Hydro Coach, Daily Water Tracker Reminder), but I liked that iHydrate lets you plug in other beverages (iced coffee, orange juice, soy milk, etc.) and adds the water percentage to your daily total. Every little bit helps, right?

Getting Started: Week One

To be blunt, I’m pretty sure I spent the first five days of my hydration experiment peeing.

White warned me I’d probably pee 10-plus times a day during the first week or so—and he was right. When I wasn’t peeing, I was thinking about peeing. Or, I was willing a Very Important Work Call to wrap up so I could go pee. Not ideal, considering I hoped drinking more water would improve my work focus…

I also felt quite bloated—even though I hadn’t changed my diet at all. And let me tell you, that made doing burpees difficult. Between that and the constant peeing, my workouts took a hit. 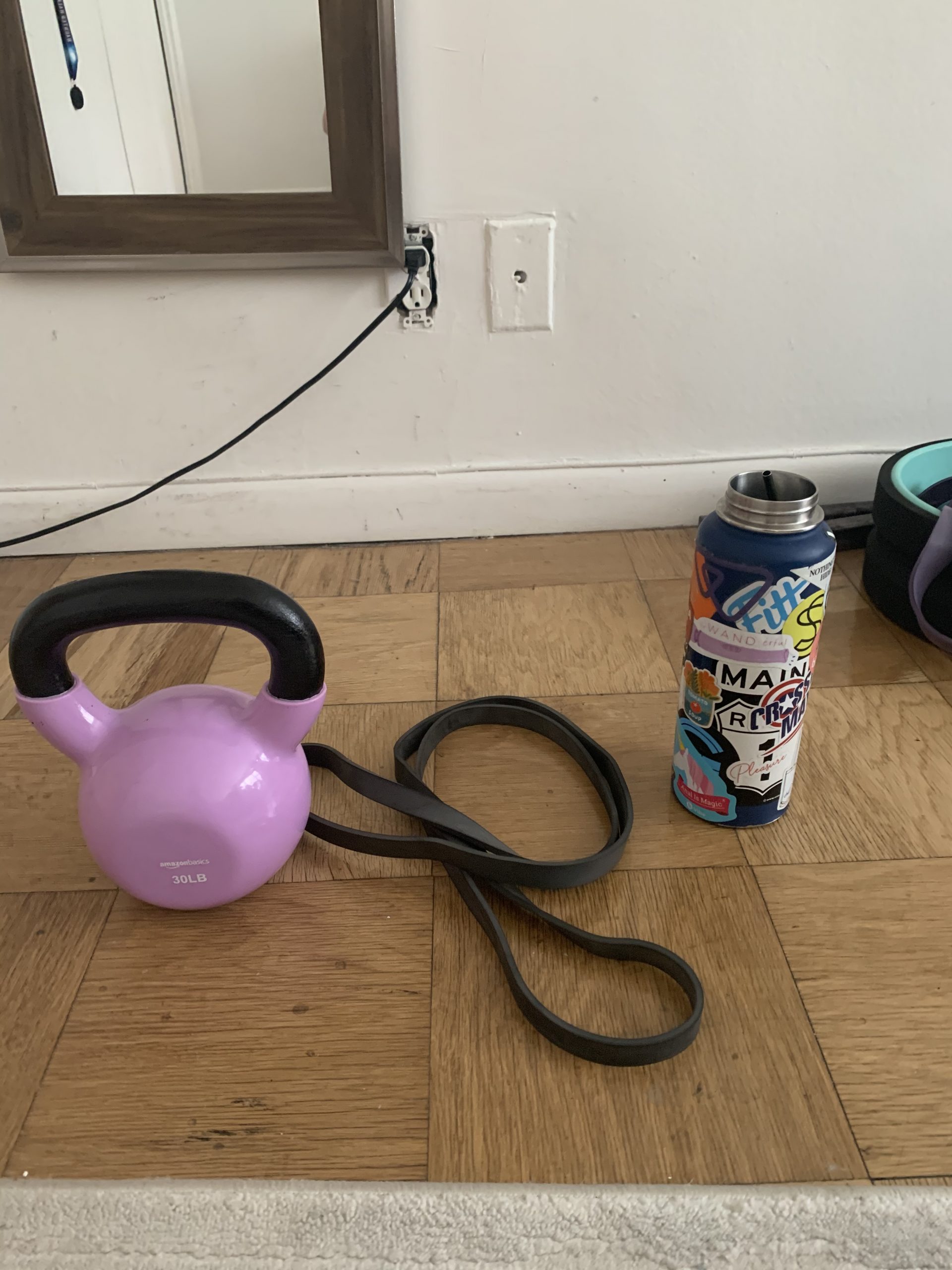 The nights were no better. Usually, I sleep straight through until my alarm—but during that first week, I got up three to four times a night to pee. Even worse, my between-pee sleep was filled with weird, vivid dreams.

An early riser (I’m usually answering emails by 6:00 a.m.), I always assumed it was normal to hit a wall around two o’clock in the afternoon. But on my sixth day of proper hydration, that midday slump didn’t hit until 3:30. On the seventh day, it didn’t strike until 4:00!

According to White, my new hydration habits played a big role in this. Game-changer.

By half-way through the second week, I was only getting up twice a night to pee.

I suspected that part of the issue here was the fact that I exercise at night. This meant that I drank a huge proportion of my daily water intake late in the day. But, honestly, I wasn’t about to rearrange my entire routine.

Read More: Is There A Best Time Of Day To Work Out?

In the second week, I also realized I was making fewer trips to the snack cabinet. I wondered: How many times had I previously downed another iced coffee or noshed on another apple with peanut butter when what I really needed was water? Quite often, it seemed.

As my bloating decreased, I felt better during my workouts. And White was right; I did feel less tired—particularly during the second half of my workouts, which used to drag.

The Hydration Continues: After The Experiment

In the end, I really couldn’t believe how much better I felt hour-to-hour and day-to-day when I hydrated well. (It’s one thing to know about the benefits of hydrating—but it’s a whole other thing to experience them for yourself.)

Thanks to good ol’ H20, my window of work productivity lasted a solid two-to-three hours longer. And my workouts were less tiresome!

I’m also pleased to note that after a month of being on my water game, I got down to just one middle-of-the-night pee trip.

Though my iHydrate app was really helpful throughout my two-week experiment, I deleted it afterwards to save myself the notifications. Now in the habit of drinking more, I didn’t miss a beat without it.

Though hydrating may not seem super-sexy, I’m glad I gave it the love it deserves. And, yep, I’m now someone who carries a water bottle with me everywhere.

Show up for yourself. 👏

With the new year well underway, now's the time to

You're either a believer that the early bird gets