Ever since cutting carbs became a thing back in the late ’90s, I’ve made it my personal mission to rehab their rep. Apart from the fact that mashed potatoes are the best, cutting out an entire food group has always seemed extreme to me. Plus, as a health and fitness journalist and a certified strength and conditioning specialist, I appreciate that carbs fuel our body for high-intensity exercise, are the prime energy source for our brain and red blood cells, contain heart-healthy fiber, and also pack B vitamins, iron, and other nutrients.

I also recognize that, as a whole, Americans eat far more carbs than we need. The current recommended daily carb intake is 140 grams per day, plus an extra 60 for every hour of intense exercise we do. However, the average American eats roughly 300 grams a day, the majority coming from highly-processed foods like frozen pizza and soda, says Donald K. Layman, Ph.D., professor emeritus of food science and human nutrition at the University of Illinois. Carbs are, first and foremost, fuel, so it really doesn’t make sense to eat a ton of them if we’re not working out consistently.

I’ve always taken a pretty balanced approach to macros, typically eating between 1,800 and 2,000 calories per day, with about 40 percent of those calories coming from carbs, 30 coming from protein, and other 30 coming from fat. (I’m five-foot-two, about 120 pounds, and about 23 percent body fat these days.) That’s about 180 to 200 grams of carbs per day, which is pretty consistent with carb recommendations considering I hit the gym most days.

On days I don’t exercise (usually about two days a week), though, I can be shockingly sedentary. I work from home and my computer sits all of 30 feet from my bedroom… and about 15 from my kitchen. On some of these days, I bank fewer than 1,000 steps—all day.

Realizing that I don’t need nearly as much energy to fuel typing as I do deadlifting, I wondered if I should try carb-cycling, which involves eating different amounts of carbs on different days. Could this approach to eating help me shed fat and build muscle?

I hit up one of my favorite dietitians, Jim White, R.D., a spokesperson for the Academy of Nutrition and Dietetics, to find out. Extreme carb-cycling protocols can cut carbs as low as 50 grams a day on low-carb days, but White (who isn’t a fan of these extreme protocols) proposed I cycle carbs just a little, cutting out just the amount of carbs I’d burn during a workout and need for exercise recovery on those sedentary days.

Here’s what he recommended for me:

The macro breakdowns weren’t drastically different than what I was already doing, and felt pretty doable. The only thing that made me squirm: the fact that I’d eat just 1,400 calories on low-carb days. Not crazy low for a woman of my height and size (again, I’m only five-foot-two), but definitely lower than what I was used to. Luckily, White assured me that we could tweak calories should I feel super-hangry or fatigued.

White told me to use my extra calories and carbs on high-carb days to ‘pad’ my workouts, eating some extra carbs before and after to help fuel performance and recover.

I decided to use MyFitnessPal, which lets you set unique different calorie and macro goals for different days of the week, to track my food.

Day one was a low-carb day, and it took about one meal for me to decide that following this 1,400-calorie limit was obnoxious. Cutting 60 to 80 grams of carbs didn’t sound so bad in theory, but I certainly felt it. I tried to eat more fiber- and water-rich veggies to curb my hunger without going over my calorie and carb limits (read: lots of salads and zoodles), but I still felt a little hangry by the end of the day. I did discover an awesome new recipe, though! You throw one-zucchini’s-worth of zoodles and some cherry tomatoes in a pan, form them into little nests, crack an egg into each, and sprinkle some goat cheese on top for good measure. Low-carb deliciousness. 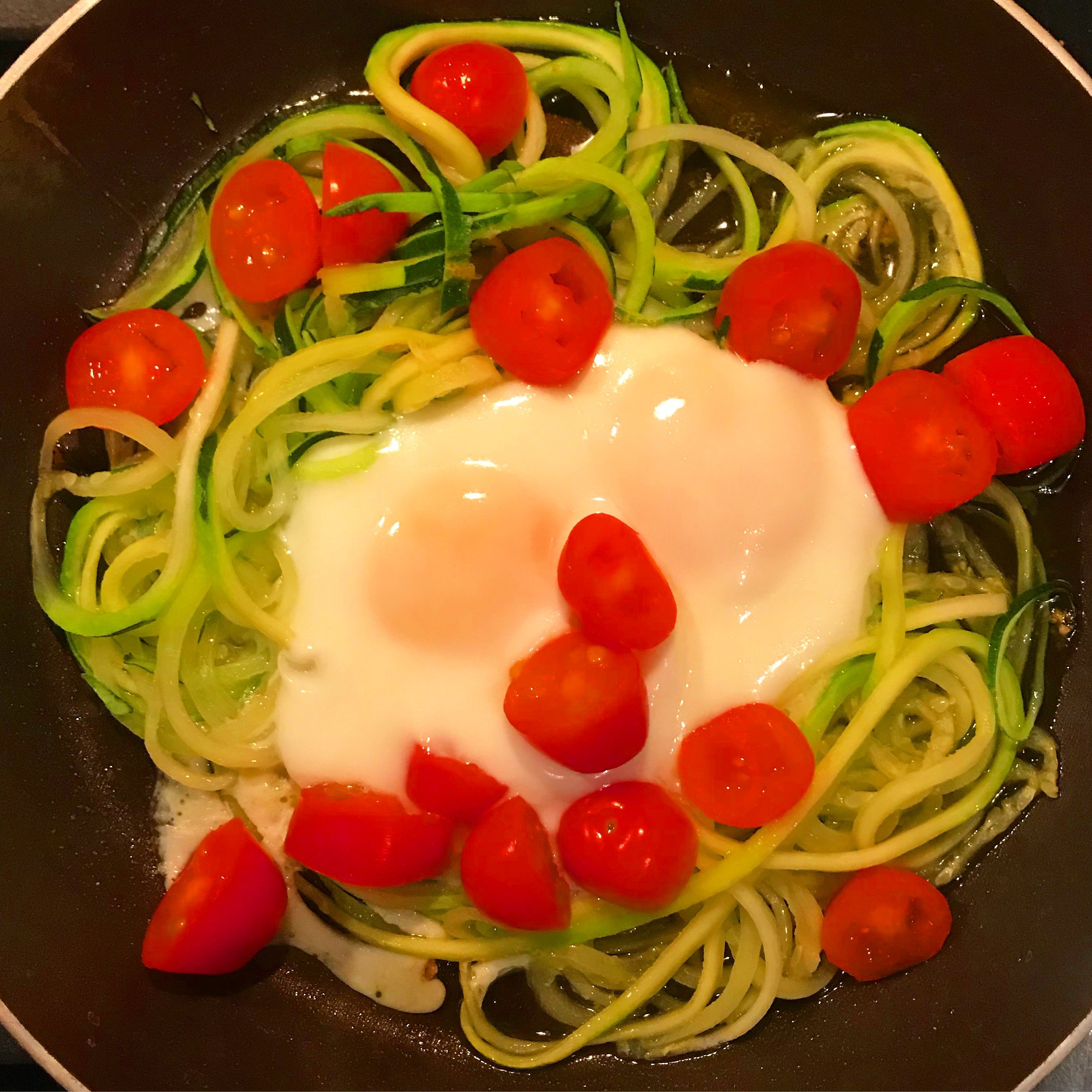 I also drank even more milk (I love fairlife ultra-filtered skim milk) than usual. I’m a vegetarian, and this milk, which packs 13 grams of protein but just six grams of carbs per serving, has long been a staple of mine—and it’s low carb count saved me!

The next day was high-carb, and felt pretty similar to my usual eating habits. I felt full, fueled, and satisfied—phew.  The calories, though a bit lower, were totally doable. I just made sure to save most of my grains and fruit for before and after my workout. 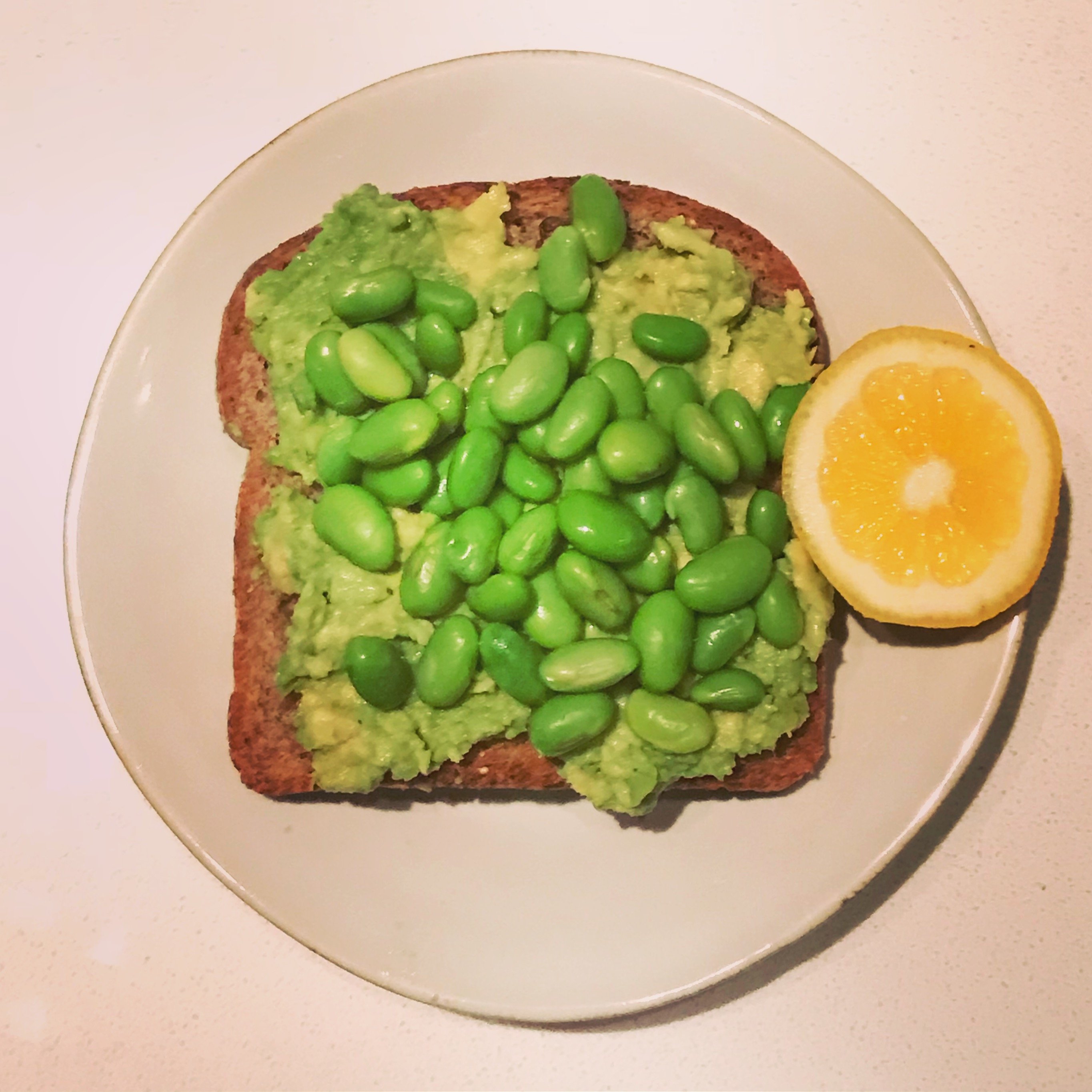 Here’s what an average high- and low-carb day looked like:

By the time I had a week under my belt, tracking became easier—especially considering I tend to eat a lot of the same foods throughout the week. It was just tracking meals and snacks at coffee shops and restaurants that was a pain, since many don’t have nutritional information available.

My biggest issue was sometimes having to scramble to switch a high-carb day to a low-carb day (or vice versa) midday if I had to nix workout plans after something came up or randomly decided to hit the gym when I hadn’t planned to. I either had to get creative with my meals to stay within my calorie and macro constraints, or scarf down a bagel on my way to the gym.

By about two weeks in, I felt a little less bloated (a common issue for me). Since water hangs out with the carbs our bodies store as glycogen, though, I had a feeling this was just from losing water weight.

On the not-so-bright side, though, my workouts took a turn for the worse. I had to lower the weight I usually used for deadlifts—or I couldn’t get the barbell off the floor. I hoped it was a fluke and wondered if I just hadn’t gotten enough sleep, but the next workout felt just as terrible. I had to cut my bench reps short, and pullups felt extra challenging.

I talked to White, who told me to increase calories slightly. I added 200 calories to both my high- and low-carb days, bringing my high-carb days back to my usual 1,800 calories and my low-carb days up to 1,600. I hoped that would be enough to power my workouts and help me build muscle, and maintain a fat-loss-friendly caloric deficit on my off days.

Related: Are You Eating Too Few Carbs? 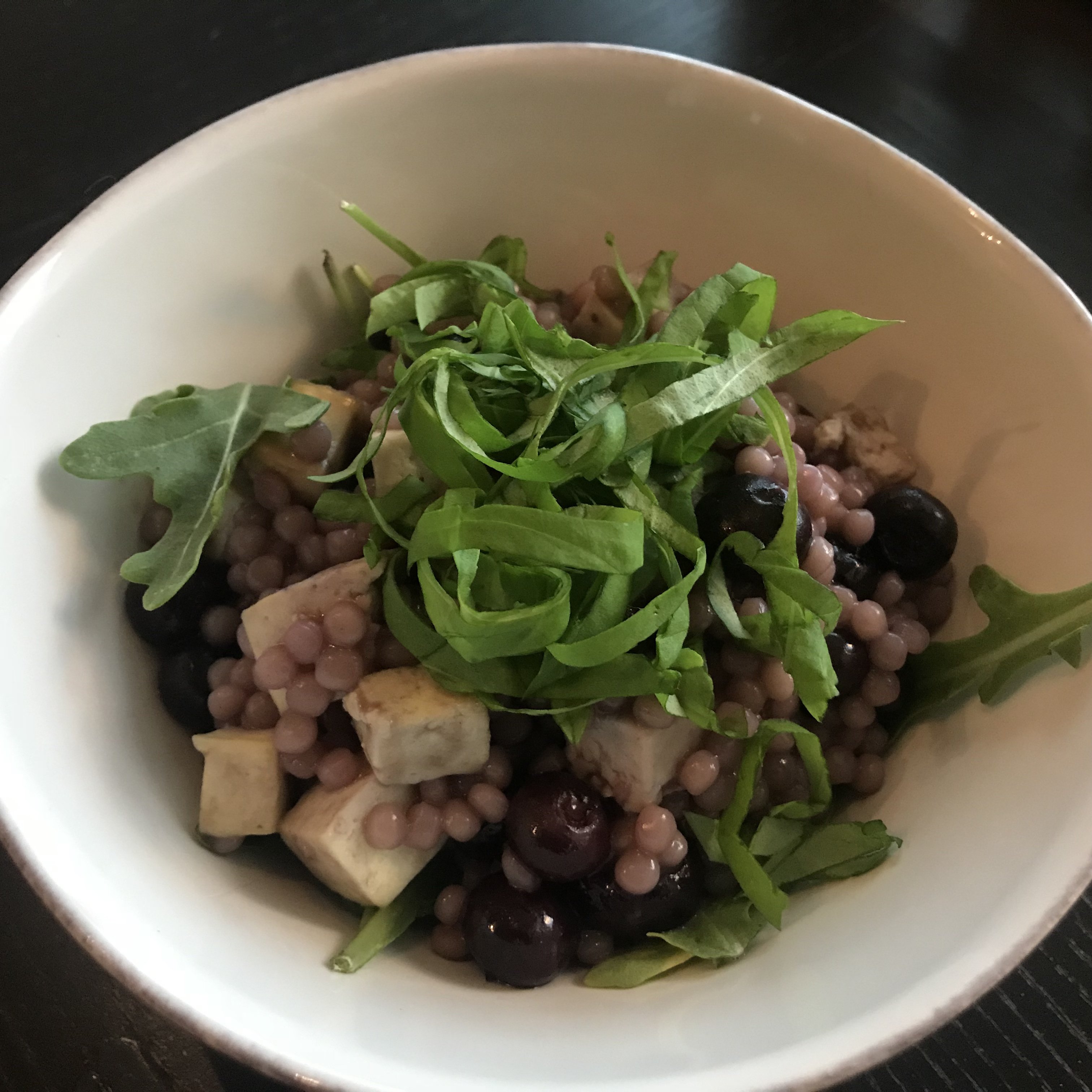 I stuck with my same go-to foods, just ate more of them—though the extra calories also gave me some wiggle room to eat out and not have to order a dressing-free salad. (I’m not a proponent of starving yourself all day so you can splurge at one meal.)

Sure enough, within a few days I was lifting my normal weights again!

By the time I got my workouts back on track, I had just two weeks of my little experiment left. Knowing it takes months to build notable muscle and burn fat, and that I was cutting just 200 to 400 calories a couple of times a week, I didn’t expect any drastic results. My scale—which can also calculate body fat percentage—didn’t change, but I continued to feel less bloated than usual.

The new calorie counts felt really doable, and as I got more familiar with the calories and macros in different foods, I was able to follow my carb-cycling plan without tracking throughout the day. Knowing I didn’t have to obsess about the numbers kept me from feeling like I was depriving myself. Score!

Since I’ve always had the most success when I focus on food workout fuel and letting fat loss be a happy accident of crushing it in the gym, this plan really did feel sustainable for me—and I’ll continue to follow it.