One of the first things you learn when you start running long distances is how important it is to fuel your body while you’re running. Sure, you need to eat a healthy diet the rest of the time, but if you’re running for an hour or more, you’re probably going to need to gas up your engine while you’re on the go—and that’s not exactly easy.

In my three years of racing everything from 5Ks to marathons, I’ve seen runners down some pretty crazy foods, drinks, and other products, like Gatorade (of course), energy gels, Clif Bloks, Power Bars, bananas, salt tablets, and more. At the Disneyland Paris Half Marathon, aid stations handed out apple slices. At the Boston Marathon, runners grabbed orange slices and gummy bears out of kids’ grubby hands. During the half marathon portion of a half Ironman triathlon, one station even offered Red Bull and soda to runners! (The easy-to-digest simple sugars can really give you an extra boost—especially towards the end of a race—but wow). 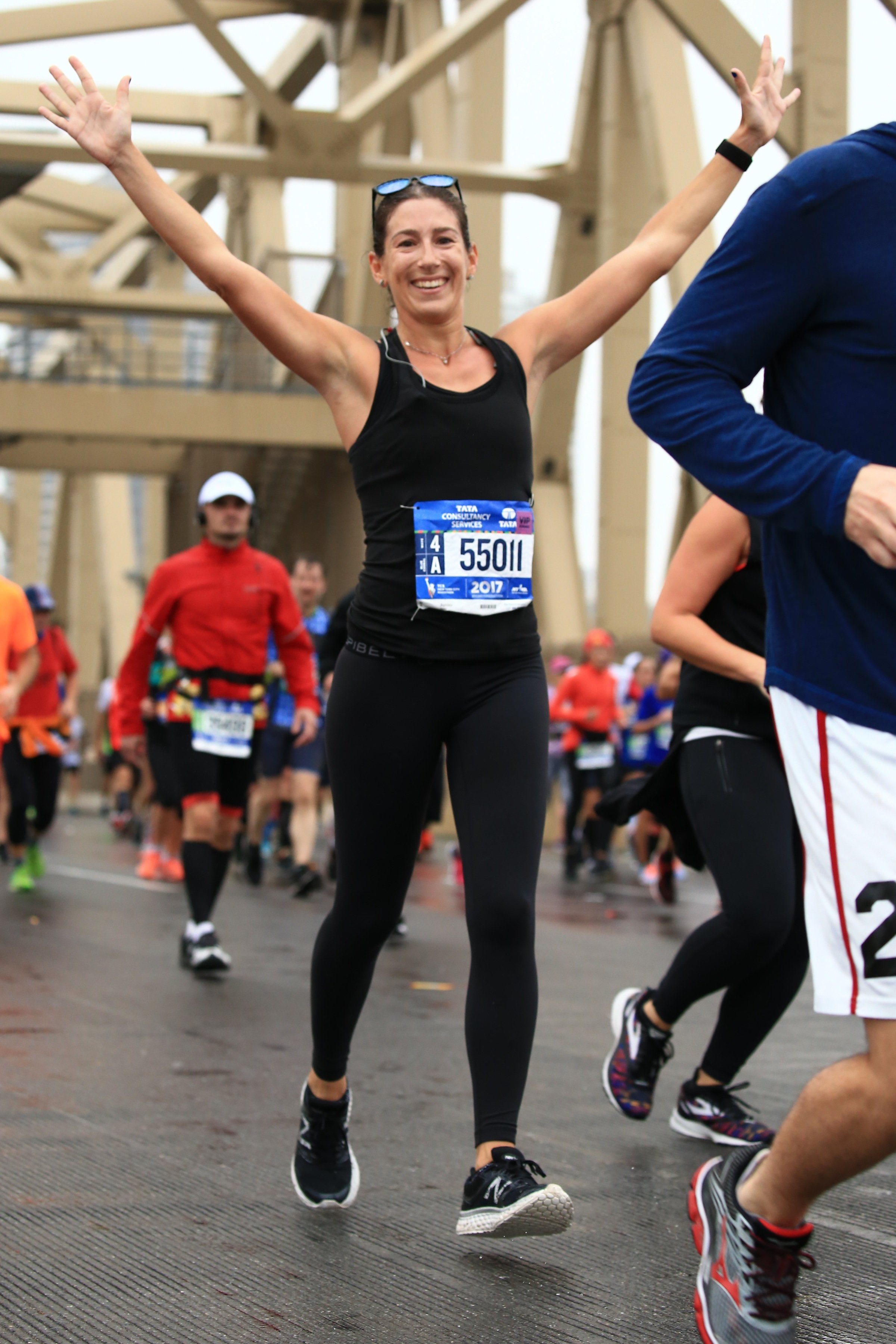 The thing is, in order to find out what really works for you and avoid any gnarly stomach issues on race day, you have to test your race fuel during training. The only thing I eat on a run—and only during runs over 10 miles—is a sugar bomb of an energy chew, which I can down in about two bites. Still, I’m game to try anything, so when I heard The Vitamin Shoppe launched Run Gum—not just any gum, but gum that contains energy-boosting vitamins B6 and B12, caffeine, and taurine (an amino acid and antioxidant that can stimulate the muscles) to power workouts and busy days—I was all for seeing if it could give my runs an extra boost. 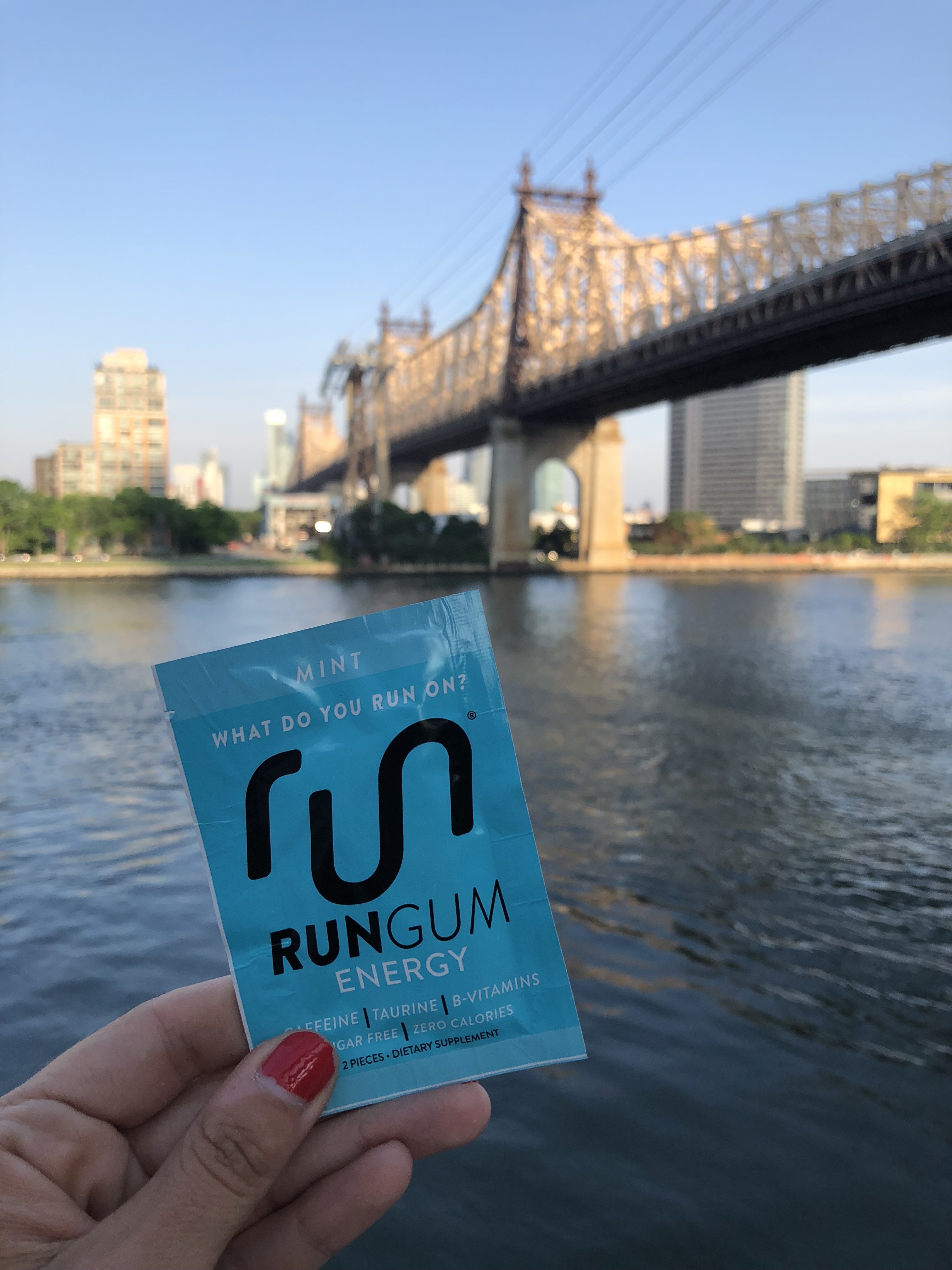 Here’s how it works: Every packet contains two pieces of gum—and each piece packs about 50 milligrams of caffeine. You can pop one piece for ‘moderate’ energy, or chomp on both for a bigger kick. Run Gum comes in three flavors: fruit, cinnamon, and mint. (I preferred the mint, but like most gum, after about five minutes they all taste basically the same.)

Since I was in between races, it was the perfect time to experiment with a new type of fuel. For my first trial, I took one fruit-flavored piece right before heading out to run three miles. It was 80 degrees and super-humid—not my favorite running weather—but I didn’t notice anything majorly different about my energy levels, and my pace seemed pretty on par with my usual.

The next day, I chewed one piece of the cinnamon-flavored gum at the start of another three-mile run, and popped a second piece in at the halfway point. I had started out feeling pretty tired (it was a Sunday night and I may have closed down the bar with my friends the night before), but I did feel like I picked up the pace towards the end!

Two days later, I popped one piece of mint Run Gum halfway through my third three-mile run—and that run actually felt the easiest of the three. It was still hot out, but rain had washed away some of the humidity and I’d caught up on my sleep, so I felt like I was back to my normal self.

In the moment, it was hard to judge just how much the Run Gum affected my run performance, especially since the circumstances of my runs were all a little different. (Thanks a lot, rain, heat, and hangovers…) So I turned to my data—and it was a little surprising. According to my Nike Running Club app, my fastest average pace was actually during my first run, when I chewed one piece of gum at the outset and didn’t really notice any energy boost. During my second run, when I chewed two pieces, my speed actually dropped in the last mile—even though I thought I picked up the pace. Maybe all that chewing threw off my perception of my speed… However, it was during my third run, when I started chewing on Run Gum halfway through, that I hit my fastest mile. Score!

With those stats in mind, I thought maybe my first run turned out to be the fastest because I wasn’t really chewing that long while I was running. (I popped the gum into my mouth before I started, chewed for the first half mile or so to get the juice out of it and tossed it.) You see, I find it hard to chew and run at the same time (I can’t drink water and run at the same time either, and usually walk through water stations when I need a drink during races). Using my mouth for something other than breathing was distracting, and I figured that not being able to breathe at full capacity slowed down my pace when I chewed. 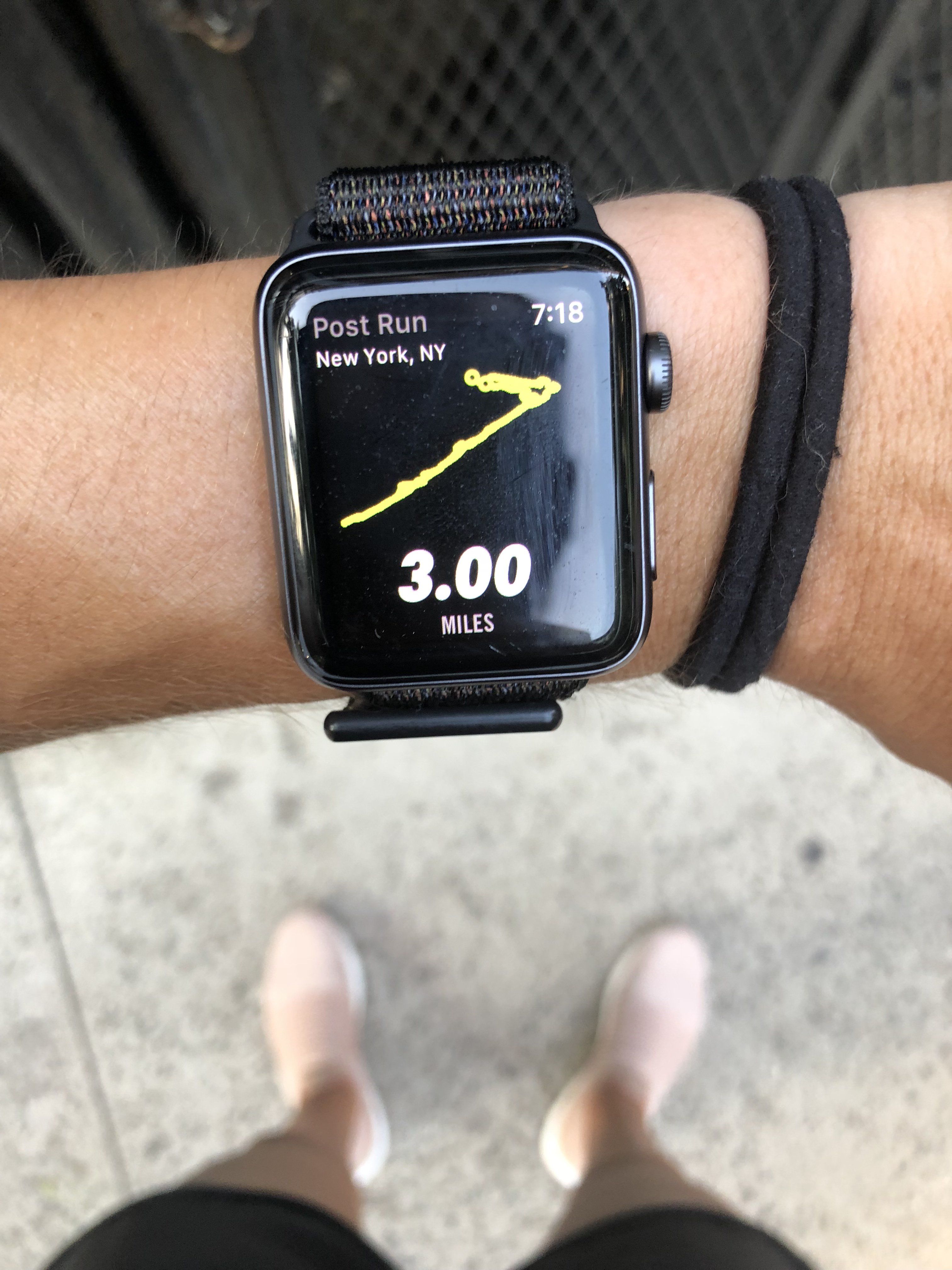 That said, that first run was my fastest, so clearly something about using Run Gum to kick off my run worked in my favor, whether it was the caffeine, the vitamins, the taurine, or a combo of the three. Though Run Gum may not replace my go-to fuel for longer-distance races, like half and full marathons (I think I’ll still need the sugar), I’ll definitely try chewing on some Run Gum before training runs and races to jump-start my system.

Not to mention, Run Gum’s energy boost could also prove very handy when that three o’clock slump hits me at work. If I’m going to chew gum anyway, why not chew gum that has perks.

Where we're at on this summer Friday. 👏

Today's plans include baking up a batch of these g