In the spring of 2014, my allergies hit me hard—or so I thought. I was constantly stuffy, was plagued by ear pain and pressure (which I just attributed to the fact that I was blowing my nose so much), and had a raspy voice. But I was a busy working, single mom, so I just took my usual OTC medications and waited for my symptoms to pass with my son’s little league season.

A month later, though, I still felt awful and was relieved that my yearly checkup with my internist was coming up. The appointment started out as it normally did: My blood pressure and weight were perfect and I had no problems to report except for allergies. But things took a turn when my doctor felt around my neck and under my jaw and noticed a grape-sized lump.

From there, things happened at warp speed. An ultrasound soon revealed that I had a four-centimeter tumor covering the right lobe of my thyroid gland, which turned out to be a follicular variant of papillary carcinoma, and that I needed surgery to remove the entire gland. A few months after that, I’d have to swallow a radioactive iodine pill to take care of any remaining cancer cells. 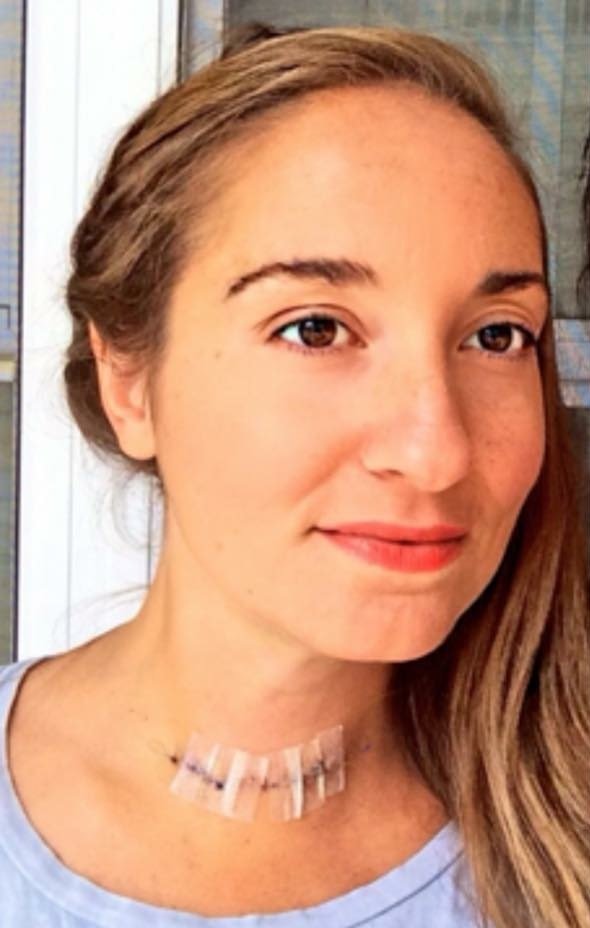 People told me thyroid cancer was a ‘good’ cancer, because if found and treated early, I wouldn’t die. (Thyroid cancer has a survival rate of nearly 97 percent after five years, and I’m almost at my five-year mark as I write this.) However, having just lost a vital gland and gained a lifetime of medication, invasive tests, and doctor appointments, I didn’t quite see it that way. Post-thyroidectomy would require a lifetime of surveillance—not to mention anxiety about cancer returning.

I also didn’t realize just how important my thyroid was until it was gone. You see, this butterfly-shaped gland is like your body’s battery; the hormones it stores and produces affect the function of every organ in your body. Your thyroid regulates your metabolism and influences everything from your weight to your energy levels to your body temperature to your mood—and it’s hard to be a good mom, professional, and human being when you’re exhausted and depressed.

Related: Could You Have A Thyroid Issue?

Before having my thyroid removed, I weighed a healthy 119 pounds at five-foot-four, was clear-headed, energetic, and happy, and I slept well. I loved chasing my son around the park, taking our pup hiking, working out, and dating. I ate a healthy diet but didn’t have to worry about weight gain if I indulged in foods like bread or pasta. I had a fine-tuned metabolism and was always on-the-go!

With my thyroid gone, though, I had to start taking a drug called Synthroid (which is synthetic thyroid hormone) every morning, two hours before having any coffee or food—and I quickly learned that replacing a vital gland with a drug would be a roller-coaster of a science experiment.

Sure, I was alive—but I had no quality of life.

Immediately after my surgery, I was put on a very high dose to suppress my thyroid-stimulating hormone (which is the pituitary gland’s signal to the thyroid to get working) so cancer cells couldn’t grow back. I felt hot and red-faced, had night sweats and anxiety, and was constantly drained. Even though my diet did not change, I started to gain weight—and my fatigue made it difficult to exercise regularly. My confidence plummeted. I had to buy all new jeans. Some days I just wanted to hide under my covers.

After six months, my doctor lowered my Synthroid dose—a lot—because my bloodwork said I was in the normal range for someone without a thyroid. But I didn’t feel normal at all.

Now I was chilly, constantly covered in goosebumps, forgetful, and still depressed—not to mention my hair was falling out, my legs retained water and looked puffy, and my skin had become ruddy and red. I easily lost track of what I was doing and felt tired after a full night of sleep. The weight gain continued (20 pounds total) and I felt like I was 85, not 35. Frustrated and angry, I started cutting calories in an attempt to shed those pounds, but that only sabotaged my metabolism more.

Sure, I was alive—but I had no quality of life. For two and a half years, three different doctors did little more than tell me I was fine. Frustrated and angry, I put my background in health journalism to use to find myself the best doctor I could.

I got an appointment at Memorial Sloan Kettering Cancer Center in New York City with an endocrinologist named Dr. Laura Boucai, who not only specializes in thyroid cancer maintenance, but in quality of life after thyroid cancer. For the first time, a doctor really sympathized with me, and I spent much of that first appointment crying. I was used to being shushed, reminded that I didn’t have a deadly cancer, and told to deal with my ‘new normal.’

After an ultrasound and blood work, Dr. Boucai determined my thyroid levels were way too high and my Synthroid needed to be adjusted fast. She also told me that my lifestyle was just as important as my prescription and that I’d have to stick to a few new rules, like drinking lots of water, exercising every single day, and being careful with carbs.

I had no idea how I’d make it all happen. After all, not only was I dealing with my major health problems, but I was also raising my son solo, rushing him to his math tutor and following his social calendar, and working full-time. My doctor made me realize, though: I didn’t have a choice. It was time to get tough!

Attitude was everything; not feeling sorry for myself made all the difference.

So I stopped putting sugar in my coffee, saved pasta (gluten-free) for Sundays only, started wrapping sandwiches in lettuce, and stuck to nuts and raw fruits and veggies for snacks instead of my usual salty pretzels and pita chips. I also committed to exercising at a challenging pace for an hour every single day—a major step up from my usual four weekly workouts.

Meal planning helped a lot. Every Sunday night, I cooked a huge batch of grilled chicken and quinoa salad with peppers, kale, and a sprinkle of feta. I also stocked my fridge with Greek yogurt, tuna packets, cold bean salad, and a pitcher of lemon water. Not having to think about what I was going to eat made it easier to stay on track with my busy schedule. 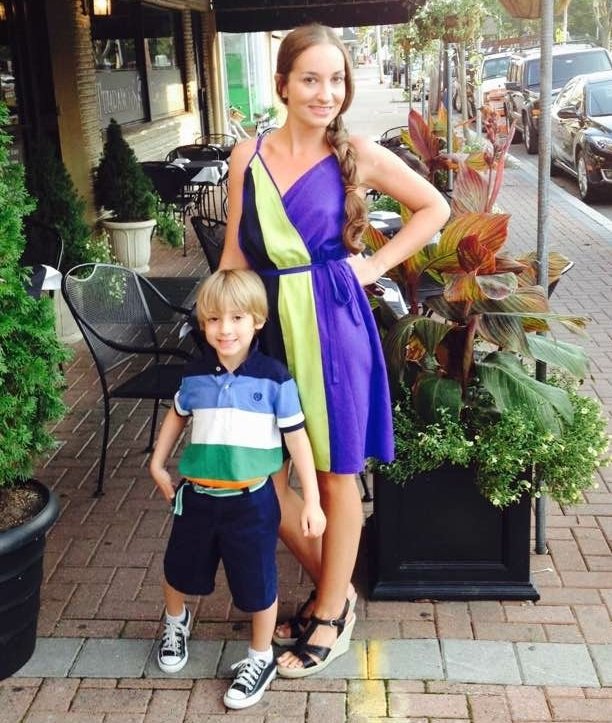 And when I dropped my son off at soccer practice in the evenings I hit the track for a fast-paced walk or run and ran up and down the bleachers. I also rekindled my friendship with the elliptical in our apartment complex’s gym, and started walking and hiking with our golden retriever again. I joined a barre studio (talk about burn and sweat!) and bought tennis rackets for my son and me.

Throughout the next four months, I lost 14 pounds, gained back my confidence, and started feeling like my old self again. Attitude was everything; not feeling sorry for myself made all the difference.

My new, simple outlook on life is this: Something terrible happened to me, but it will not define me. Sure, I’ll always have to have my blood-work and Synthroid dose checked every few months, but I finally have the energy and drive to really live. And that scar on my neck? It’s barely visible anymore, but I like it. It’s a battle scar that reminds me I’ve been there, conquered that.