Before football and apple-picking seasons even start, when our air conditioning is still running at full blast, begins the latte-filled pumpkin spice craze. But after what feels like a straight decade of pumpkin spice everything on an annual basis, the trend is as stale as a week-old farm stand donut. In our humble opinion.

So we’ve got a bold idea: This year, nix (or simply cut back on) the pumpkin spice for the equally fall-friendly (and infinitely more awesome) maple. We’re talking pure, sticky, sweet maple syrup—not that high-fructose corn syrup nonsense you get at the diner.

You may think maple syrup is only good for soaking a stack of pancakes, but this natural sweetener actually offers a number of benefits.

We’re not denying that it contains a lot of sugar (almost 27 grams in two tablespoons), but that doesn’t mean maple syrup is the same as table sugar. “Pure maple syrup is considered a whole food,” says Jaclyn Jacobsen, M.S., nutritionist for The Vitamin Shoppe. That certainly can’t be said for table sugar, or even cane sugar, because the original sugar cane goes through chemical processing to turn it into the granulated stuff we all know.

Because maple syrup is still generally in its original form (it’s heated to thicken it up), its nutrients are still intact, and so it has more to offer than table sugar or other more-processed sweeteners. “Pure maple syrup contains 24 different antioxidants,” says Jacobsen. And though it doesn’t contain all 24 in high amounts, there are two worth noting: zinc and manganese. (Quick reminder: antioxidants fight damage from environmental stressors called ‘free radicals.’)

Another perk of maple is that it’s lower on the glycemic index than regular ol’ cane sugar, meaning it doesn’t have quite as rollercoaster-y an effect on your blood sugar and insulin. That’s good news, considering frequent blood sugar spikes can cause weight gain and insulin resistance, which is a precursor to diabetes, Jacobsen says. (Just keep in mind that this doesn’t mean people with blood sugar-related health issues can go willy nilly on the stuff—it’s still high in sugar.)

So, did we sell you on maple’s awesomeness? Grab yourself a bottle (look for one with just a single ingredient: pure maple syrup) and enjoy that sweet, sweet flavor straight through ‘til spring. “You can use maple syrup to make vegan ice cream, sweeten up protein shakes, or bake your favorite treats,” Jacobsen suggests. Some of our favorites are Now Foods’ organic maple syrup and Maple Guild’s organic cinnamon-infused maple syrup. 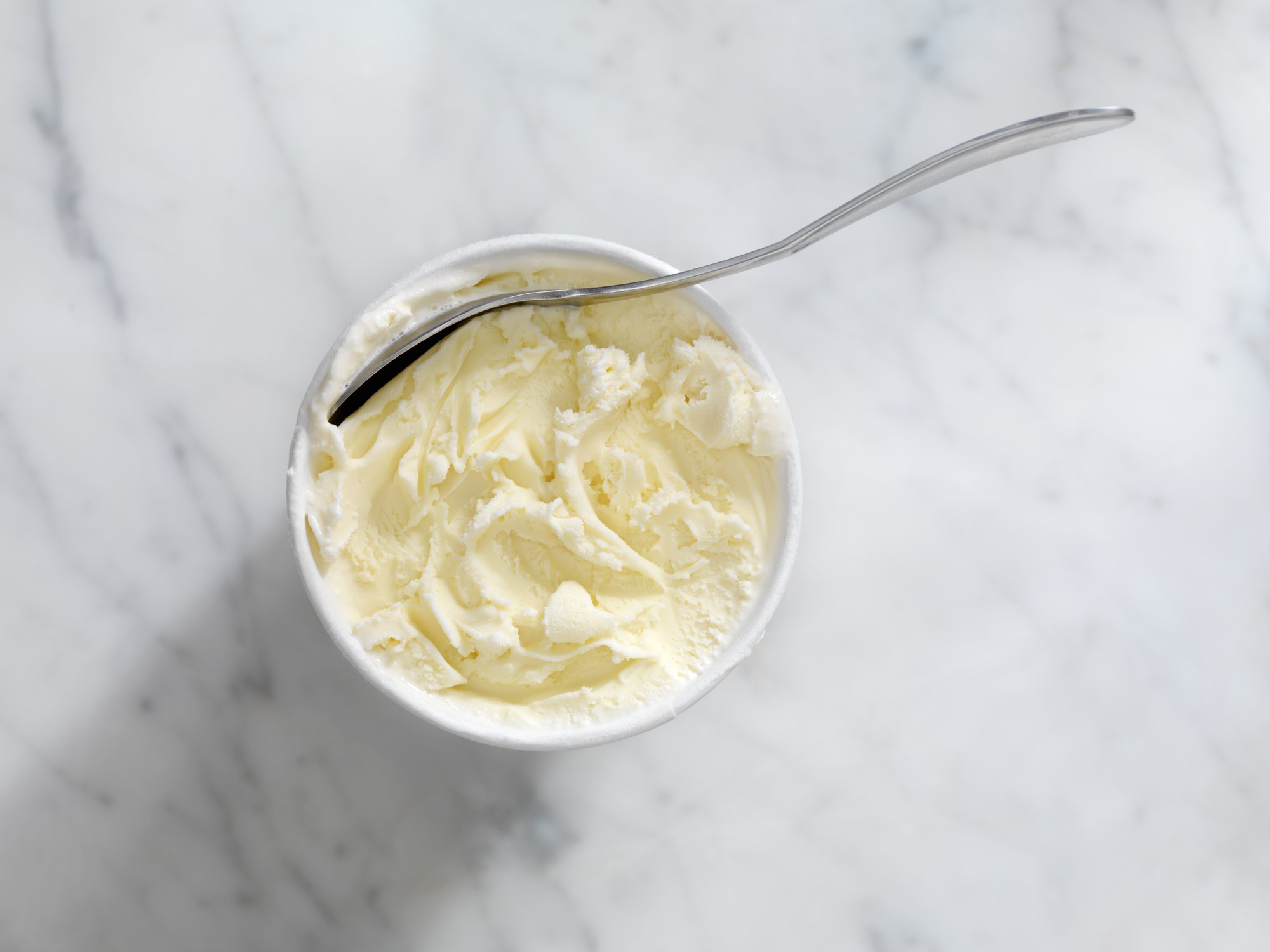 Add the bananas to a blender or food processor and blend until smooth. Add the coconut cream, maple syrup, and vanilla, and again blend until smooth. (Scrape down the sides of the blender as needed.) Enjoy immediately if you like super-soft ice cream, or pour into a freezer-friendly container and freeze for three to six hours. Allow to thaw for 10 minutes before scooping.