When I used to hear the term “OCD,” the first thoughts that popped into my head were always of super-organized sock drawers and Monica Gellar-level cleanliness (thanks, pop culture depictions of mental illness).

But that, of course, was before I was diagnosed.

I have a form of Obsessive Compulsive Disorder called Pure O (or Pure Obsessional OCD), which means that all of my obsessions and compulsions take place inside my head.

But with Pure O, it’s a bit different. I deal with the same obsessive thought patterns, but my compulsions fly under the radar because my entire obsessive-compulsive cycle takes place internally. So, instead of performing an outwardly observable compulsion, like hand-washing, I perform a mental compulsion, like scanning my memories to look for evidence that my intrusive thought isn’t true. You might not be able to see it, but at times it’s like I’m at war with my own mind.

All of this information is fairly new to me. Before I was diagnosed, I had no idea what was going on inside my brain. I’ve always been a fairly anxious person, and I have a tendency to attach myself to disturbing-yet-completely-illogical thoughts. Like at work: If any two people walked into an office and closed the door, I would be 100 percent convinced that this was because I was about to get fired. I would spend hours sitting at my desk, terrified that I was going to be let go, racking my brain to figure out what I might have done that would cause me to get the ax.

You might not be able to see it, but at times it’s like I’m at war with my own mind.

I knew there was no logic behind my thought (I’ve never even come close to being fired), but it was like I couldn’t help myself. A thought came, I attached to it, and down the rabbit hole I went.

These thought patterns manifested themselves in all sorts of ways: fears about my weight, about my relationships, about my future. But for the most part, I just rolled with it. Did I hate the times I felt worried, anxious, and afraid for no reason? Of course. But, for the most part, they were temporary and didn’t interfere with my life in any significant way.

Until one day they did.

About a year ago, I had an intrusive thought that completely took over my life. I became obsessed with the idea that I had committed a crime and somehow forgotten about it. It sounds silly, but once it entered my psyche, I couldn’t let it go.

Logically, I knew it wasn’t true. But I couldn’t stop myself from thinking about it. I would spend hours reviewing my memories, searching for evidence of a crime. I read an encyclopedia’s worth of articles on the standard profile of violent criminals to see if I fit the bill. It consumed my every waking moment, and the more I tried to reassure myself that I wasn’t some sort of amnesiac criminal mastermind, the stronger the thought became. And the stronger the thought, the more I was convinced it had to be true.

It was a vicious cycle, and by the end, I was hanging on by a thread, convinced I was losing my mind.

That was, by far, the scariest time of my life, but it was also the catalyst I needed to get some help. I started working with an amazing therapist who immediately recognized what was going on and started working with me to help me manage my obsessions, intrusive thoughts, and anxiety.
There were a lot of techniques we explored to get my anxiety under control, but there was only one that ended up changing my life: meditation.

When my therapist suggested meditation as a way to help deal with my Pure O symptoms, I wasn’t exactly enthused. I had tried meditation in the past, and while I thought it was great in theory, I’d never had any success with it. I believed my mind was too stormy to be tamed.

Still, at that point, I was willing to try anything to get my life back. So I decided to give it a shot.

When thoughts pop into my consciousness or I find my mind starting to wander, I acknowledge the thought with gentleness and compassion, let it go, and refocus my attention on the breath.

I started a Buddhist-style practice of meditation called Vipassana. It’s the simple practice of sitting in silence and focusing on the breath. When thoughts pop into my consciousness or I find my mind starting to wander, I acknowledge the thought with gentleness and compassion, let it go, and refocus my attention on the breath. 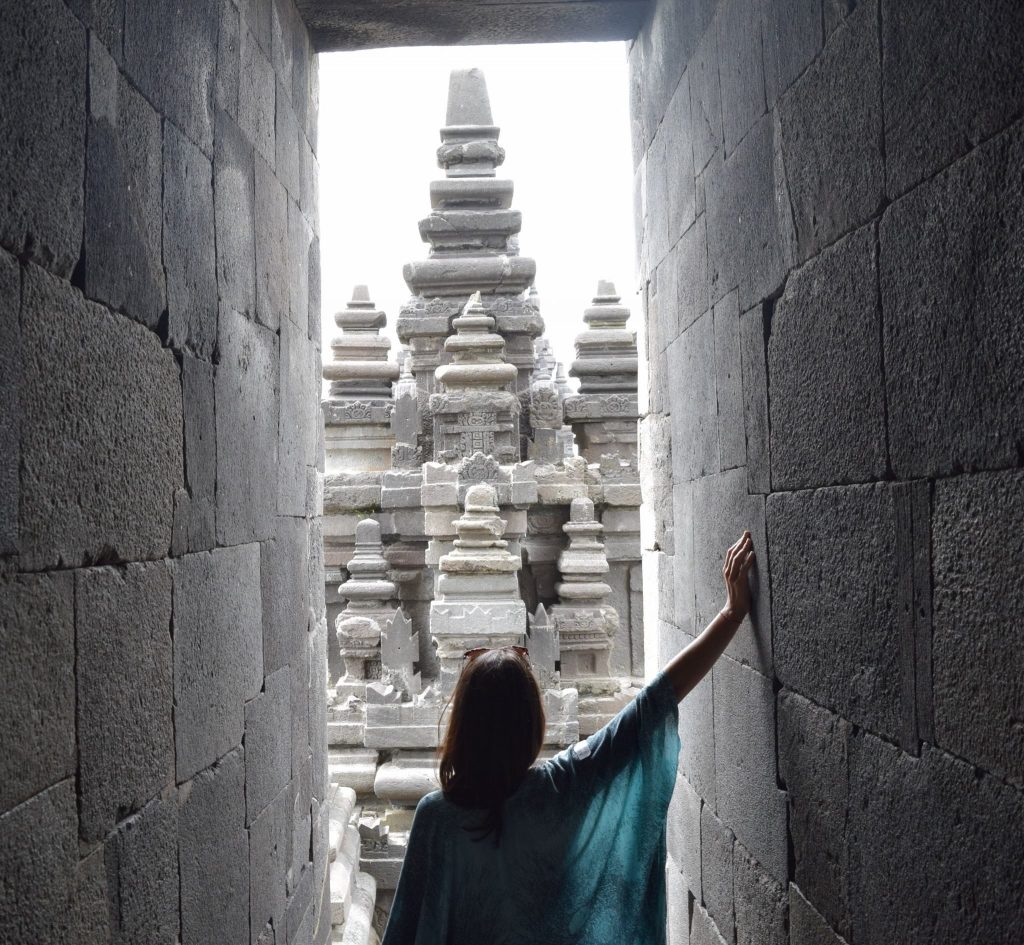 At first, meditation was painfully hard. I would find myself overwhelmed with intrusive thoughts every single time I closed my eyes. But I stuck to the practice. I acknowledged each thought, and with as much self-love and compassion as I could muster, I let them go and brought my attention back to the breath.

That was a year ago, and today, as a direct result of my daily meditation practice, my life—and my mind—couldn’t be any more different.

I’m no longer wracked with anxiety around the clock. I don’t spend hours of my day trapped in obsessive thought cycles. I sleep easier. I laugh more. My relationships—with myself and with the people I love—are better than ever. I feel more in tune with myself, my thoughts, and the world around me. In a nutshell, I’m happy.

And all thanks to a little bit of breathing.

Do I still have intrusive thoughts? Yes. And I probably always will. But since I started meditating, they haven’t had any real power over my life. If I find myself caught in a thought cycle, I’m able to acknowledge it, let it go, and refocus my attention, just like I do when I’m in meditation. I’m able to see my intrusive thoughts for what they are—just random, insignificant brain synapses—and I no longer feel the need to attach to them.

I can’t say that I’ll never battle with Pure O again. But I can say, thanks to my meditation practice, I’m getting better—one breath at a time.

Related: Shop aromatherapy to level up your meditation experience.