The summer before I started college, one of my closest friends and I got student memberships at a fancy new fitness center in town. Like most gym memberships, ours came with a complimentary personal training session, which we were told would be the speediest, most efficient way to hit our goals. Our goal, at the time, was plain and simple: lose weight. Both of us had been overweight since we were kids and tried all manner of dicey diet techniques. As young adults, we were ready to go the pragmatic route: regular fitness and counting calories!

But there’s only so much you’re going to get out of a one-hour, introductory pow-wow. The gym’s management obviously hoped we’d be so convinced of our need to work with our trainers that we would end up buying a full package. As penny-pinching 18-year-olds, though, there was simply no way we were dropping even a few hundred bucks on personal training—no matter how much weight we wanted to lose that summer.

We thanked the trainers and considered their suggestions, which mostly revolved around adding strength training to our routines. In the end, though, we opted to be one another’s workout buddy, holding each other accountable by heading to the gym together at least three times a week and hopping on side-by-side ellipticals. 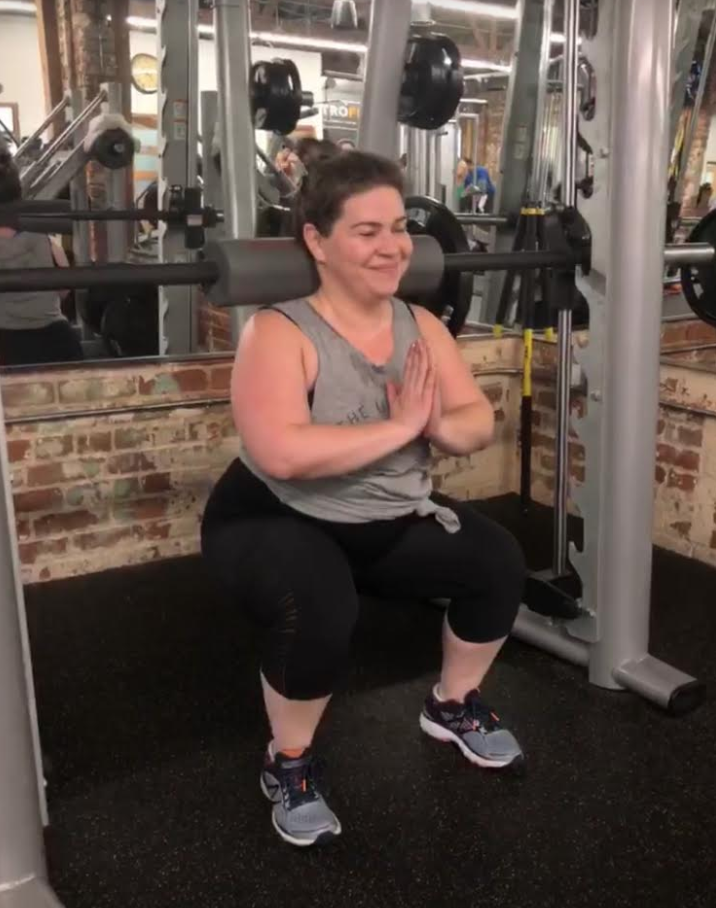 Surprise, surprise: Neither of us hit our goals that summer. Sure, we lost a couple of pounds. We felt a bit more energetic. We were also proud of ourselves. After all, getting regular physical activity was better than—well, nothing. That said, any fitness professional will tell you that the body adapts fairly rapidly to an exercise routine. Cross-training throughout the week and constantly challenging yourself is a must if you don’t want to plateau.

Back then, the idea of plateauing wasn’t something I understood—or even wanted to understand. I was juggling schoolwork and a social life while trying to eat healthfully and get enough sleep. I felt like it was enough that I was getting a 30-minute elliptical or treadmill workout in regularly—until it became clear that it wasn’t enough. Not even close.

My weight loss had stalled and I wasn’t really feeling those other benefits, like extra energy or confidence, anymore. That’s when I decided to apply for a desk job at a fancy fitness center. The job came with a free gym membership and discounted personal training sessions, and I immediately put those perks to use.

My trainer at that gym would be the first of a few personal trainers I’ve worked with over the past 14 years. Each relationship began with a slightly different goal in mind. In college, I wanted someone to teach me about strength training and hold me accountable for doing it. And that’s exactly what she did. She kept me laughing and smiling through even the toughest sessions.

Later on, after I moved to a different state, I wanted a workout buddy who I could learn from and have fun with, but also would be my rock—a sense of stability and familiarity—in a new city. My second trainer became exactly that, as well as a lifelong friend who opened my eyes to the connections between my mental, emotional, and physical wellness.

Later, when I was preparing to walk down the aisle (and again in a new city), I wanted a trainer to challenge me in a way that delivered concrete, noticeable results. (Unconsciously, I also needed someone to talk to about my anxieties, stress, and fears.) My third trainer became much more like an older sister who would push me through sprints, guide me through corrective exercises when my discomfort flared, and offer a shoulder when I opened up about my at-times thrilling and other times heartbreaking personal life.

When I moved yet again, as part of the separation from my spouse, I hoped a trainer could help me shed the weight and sadness that had piled on from several years of heavy emotional labor. I wanted her to tell me what to do so I could return to feeling strong, empowered, and comfortable in my own skin—a process that’s just as emotional as it is physical. In the past year that I’ve known and worked with this trainer, she’s managed to fulfill that need and become my role model, coach, and dear friend.

Every time I started working with a personal trainer, I would cite my desire to amp up my fitness level, maximize my gains, and be held accountable. Personal training definitely met those goals—and more. Ultimately, I’ve received so much more than inches off, sizes down, or pounds benched.

By working out with these trainers, I’ve also received priceless guidance and friendship (this is probably because I tend to make my workout routine into a holistic experience involving my mind, body, and heart—and they were always along for the ride).

Though it can be pricey, having a personal trainer has always felt like I’ve had someone in my corner, cheering me on, making me feel supported in my endeavors in and outside of the gym. And I’ll never end up bored and plateauing on the elliptical ever again. That’s a win-win.

You could sit in traffic on your way to the beach,

Down to socialize or strictly here to train? 👀

See what a recovery day looks like for U.S Paralym

How are you refueling after training? 💪 Optimiz