At my annual OB/GYN check-up in 2014, I stepped on the scale and learned—to my horror—that my not-quite 5’6” frame was carrying nearly 167 pounds. When I was younger, weight had never been a true health concern for me; I was always ‘average’ for my height and took part in just enough physical activity to maintain it. But suddenly, at age 31, I had to confront the reality that my poor diet and lack of exercise had caught up with me.

The number on the scale was an external confirmation of how lousy I had been feeling internally. I knew my clothes weren’t fitting right (I had to go up a couple of sizes from what I considered my ‘biggest’ size), my energy was lagging (I’d get winded climbing four flights of stairs), and I was eating far too many sweets (like an entire pint of Ben & Jerry’s in one sitting). In that moment, I knew I had to change or my physical state was going to get much, much worse.

Less than a week after that doctor’s appointment, I joined Weight Watchers. My mom had lost about 35 pounds on the program and kept it off for more than a decade, so I knew it could work. I went to my first meeting on my birthday in March. Although every member had a different story, we all had one powerful thing in common: an emotional relationship with food.

I was sick of not eating healthfully, sick of not treating my body the way it needed to be treated. I wanted to feel confident, to feel healthy, to feel like I was taking care of myself. I wanted to turn eating-for-comfort into self-care.

After about eight months on the program, I’d lost 32 pounds. I felt great! But with Thanksgiving quickly approaching, I wanted to find some form of activity that would help reinforce the good habits I had developed so far. I didn’t want to fall back into bad eating and lifestyle habits.

There was an annual holiday tradition that always entertained me, despite never having participated in it: the Turkey Trot. A Turkey Trot is a run typically held on the morning of Thanksgiving Day or over Thanksgiving weekend to get people moving and offset the ridiculous amount of food consumed during the day (or, in many people’s cases, days). I thought, Why not? It’s only a 5K; I bet I could do it.

When people ask me how I trained for that first race, I tell them that I ran around my New York City block as many times as it took to reach 3.1 miles (which ended up being about three). I happily trotted along at about an 11:30-minutes-mile pace, thrilled to be able to move with any amount of grace, no matter how slow. You see, after hitting my goal weight, I felt like I was capable of much more than I had ever given myself credit for. Embarking on those first few runs felt like a celebration of what I could accomplish.

Related: How To Become A Runner When You Think It’s Not Your Thing 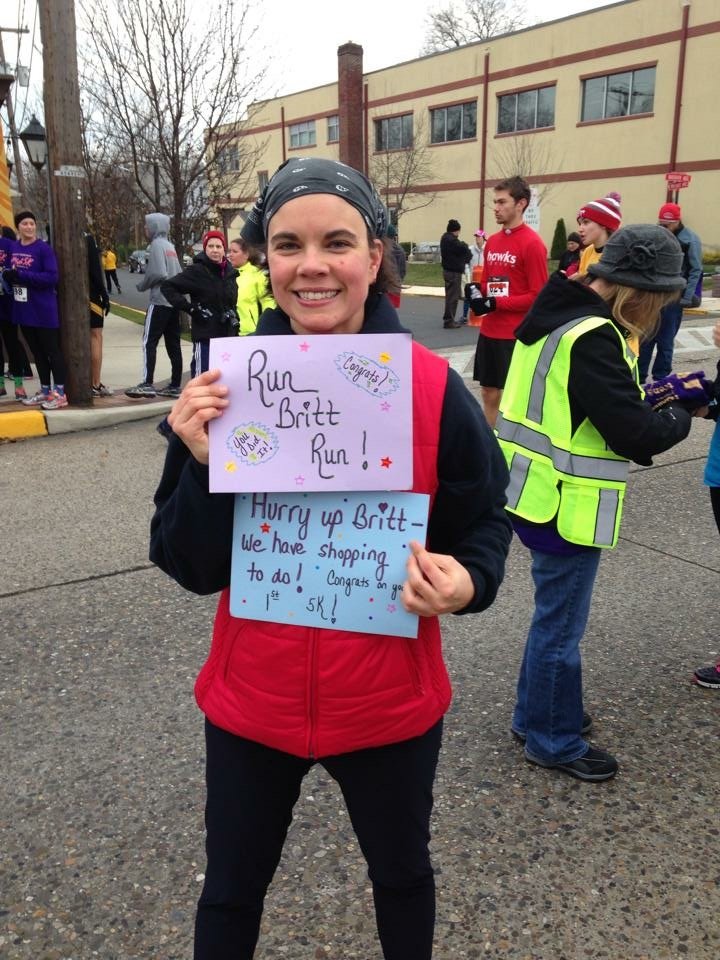 The day of the Turkey Trot was blisteringly cold, but my parents came out to support me with hot cocoa and adorable handmade signs that read “Go Britt!” My finish time was 36 minutes, about 11.2 minutes per mile. It was slow, but I didn’t care—I was hooked.

From there, I started searching for races and running clubs around New York City. I did not have to look far. In my early stages of running euphoria, I planned one race per month (only 5Ks, but I wanted to set goals). I even joined a non-profit running organization called New York Road Runners.

When I started running, I never planned to run a marathon or even a half marathon, but near the end of 2015, I entered the lottery for the NYC Half Marathon and got in! On March 20, 2016, I ran 13.1 glorious miles throughout Manhattan in two hours, six minutes, and 16 seconds. It was so cold that I couldn’t feel my feet at the start, but by the third mile, I was stripping off layers of clothes. My hips were sore, my hands were chapped, and I was absolutely gleeful by the finish. That day, I got hooked on longer distance running and have run two more half marathons since.

Related: How To Train For Your First 10K

After handing out water to the sweaty masses at the 2015 TCS New York City Marathon, I completed the New York Road Runners’ 9 +1 program to gain entry into the 2017 marathon. I was split between feeling proud and wondering what the heck I had just gotten myself into.

But on November 5, 2017, all my fears and doubts were swept aside: I crossed the marathon finish line in Central Park after nearly five and a half hours of running. It was a hard, humbling, terrifying, and joyful race. I didn’t know I had it in me. I didn’t know I wanted to have it in me. I had never ever considered myself an athlete—and hated running before I started doing it—yet there I stood, a marathon finisher.

Though my weight has fluctuated by 10 pounds or so these past few years, my dedication to keep going has never wavered. That fateful doctor’s appointment not only changed my health for the better, but it also changed the way I think about myself. 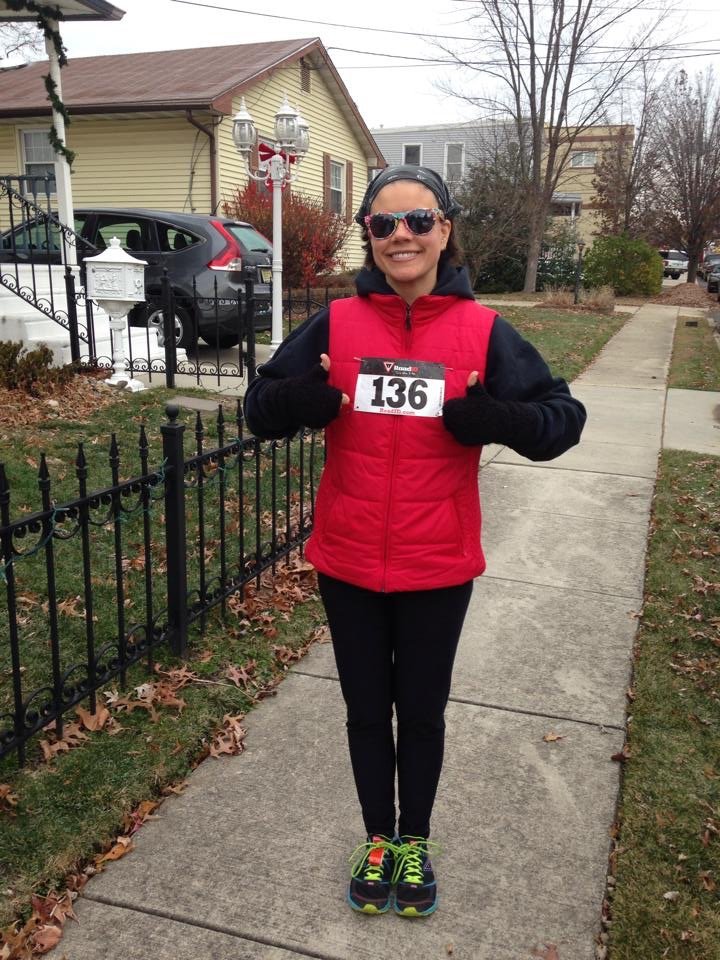 Now, I am a runner. I am an athlete. I am strong. I am someone who can gut it out over one of the most challenging marathon courses in the world.

And, after gaining entry into the 2018 TCS New York City Marathon, I’m about to do it again. This time, though, I’m stepping up my game—cross-training with yoga and rowing, lifting weights, and eating more protein and less sugar. I can’t wait to see how these changes and my dedication to a healthy lifestyle play out during the marathon.

Though it took a serious wake-up call to get myself to where I am now, I’m so glad it happened. Sure, I may have lost weight, but what means so much more to me is how much confidence I gained in the process.